Recently I was lucky enough to go away on holiday with my Au Pair family for the week to their house in the Alps. Getting there required an 8 hour car journey from Paris, with an overnight stay near Lyon. After spending the majority of the journey sleeping or reading Gillian Flynn’s Gone Girl, one can only imagine the sheer excitement that I experienced once we turned a corner and the beautiful snow-covered mountains welcomed us. My Au Pair family’s house is located in a small city in the Alpes-de-Haute-Provence, called Barcelonnette. Here, you are surrounded by mountains, of which the peak of the highest is around 3412m – very high indeed!

Once we arrived at the house, it was clear that it had snowed for a long time before our arrival. Therefore, we had to make the most of it! After loading everything into the house, the kids and I put on our snow gear, grabbed a sledge each, and headed to the nearest hill for some sledging! (Which in French is: faire de la luge) That evening, the eldest son of the family arrived with his friends. This meant that tomorrow (Monday) would be the first day of skiing!

Now, the last time I went skiing must have been when I was 13 years old (feel free to correct me Mum!), and so, now being 21 you might think I was a little bit rusty. I must admit that my very first attempt to get on the ski lift failed, with me dragging along behind for a while… But nevertheless, I seemed to remember more than I thought! After having an hour-long private lesson, the ski instructor informed me that he had never seen someone progress as quickly as I had! Queue ego boost… So after another successful lesson the following day, this time with a group for two hours; my family decided to take me on one of their ski runs. This doesn’t sound too bad, or out of the ordinary, but wait. You see, my Au Pair family are amazing at skiing – they have all been doing it since they came straight out of the womb, and as for me, I’m not quite at their level (that’s putting it mildly) So this particular run that we did turned out to be the hardest one of the resort. After managing to ski off-piste, falling over several times, and attempting to ski down one slope with a gradient that felt somewhat like a straight vertical line down, I eventually finished. Despite sweating my entire body-weight, wanting to cry and praying to God to make sure that I survived, it was a very good feeling knowing that I had managed to make it to the bottom. However, I quickly declined the invite to go again, and decided to take a more leisurely blue run for my second day.

The next few days involved around 6 hours worth of time spent on the mountains, with lovely nights in by the fire. Although one evening, I joined the youngest child in my Au Pair family for a spot of Go-Karting. As everyone had turned down the invite to go with him, I thought why not? I was, however, quite apprehensive that it was going to be full of tiny kids, but boy was I surprised. Racing along us were grown men! They were indeed the fathers of some of the children racing. So whilst the youngsters were leisurely taking their time around the course, the men were absolutely going for it! I remained semi-relaxed, whilst not wanting to be overtaken by a child, and ended up coming fifth. Sadly, I think my career as a Go-Karter has come to an end, and I will bid adieu to this.

Ah yes, back to the skiing. One of the Ski resorts that we spent a lot of time at is called Pra-Loup. There are a couple of snow parks that I went to with my Au Pair kids, and it was such fun to be able to see them do jumps. Alas, I did not have a go. At the time I felt too scared, but now looking back, I wish just done it. Next time eh?

On the Saturday, the day before we were due to leave, we decided to have a day off from skiing. In the afternoon we just about to set off to take the kids sledging one last time, when all of a sudden the clouds burst open and it absolutely poured down with snow! It was amazing. I have never seen snow so thick. We spent that afternoon playing in the snow and sledging. I have so many funny videos of the children sledging, and falling off their sledges. I will wait till their 18th birthdays to embarrass them! That evening, we went for a lovely walk. There is something magical about the freshly fallen snow, especially as the sunlight glistens off the surface making it look almost like glitter or a precious diamond. It was what I imagine a winter wonderland to be like.

The next day we were supposed to leave apres-midi, in the afternoon in order to get back to Paris at a semi-resonable time. I had decided a few days earlier that I wasn’t going to ski that morning. The whole inconvenience of being all sweaty and smelling on the 8/9 hour car journey did not appeal to me. However, when I awoke that Sunday morning and saw the beautiful scenery, it was hard not to be tempted. So, indeed I went skiing for the last time this holiday. The snow was in perfect condition as well – where there was once ice, it was now fresh thick snow. Whilst the family went off-piste, I decided to venture on my own and went down a few of my favourite runs. By now, the hardest red runs were actually not too bad! So after a quite a few goes down the mountain, and without any falls (yay!), we bid farewell to the slopes and began our journey back home.

Overall, I had the most amazing experience. As you can tell by the photos, the landscape was stunning. I am extremely thankful to have had the opportunity to go with my Au Pair. I just hope that the next time I go skiing will be sooner rather than later! 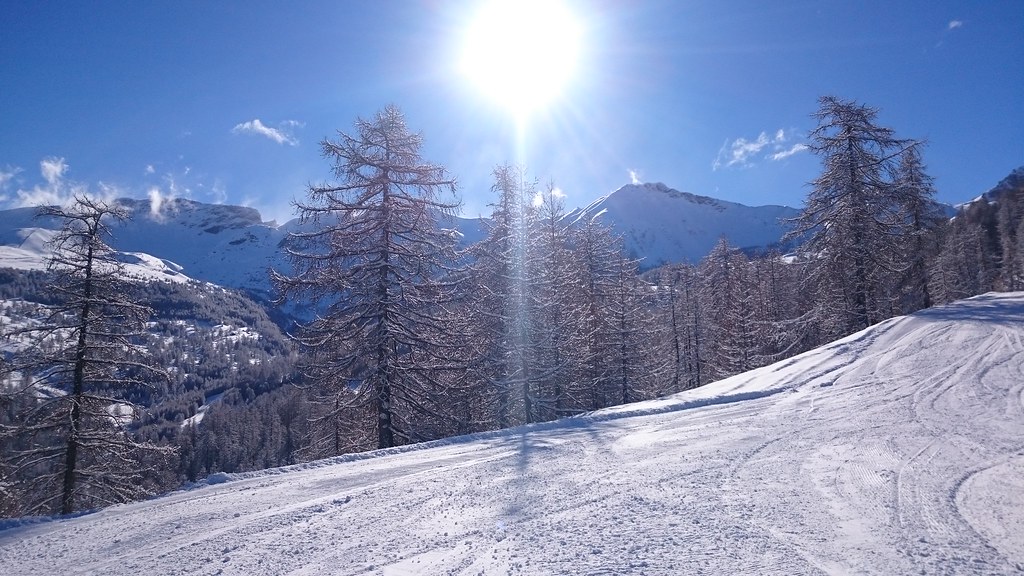 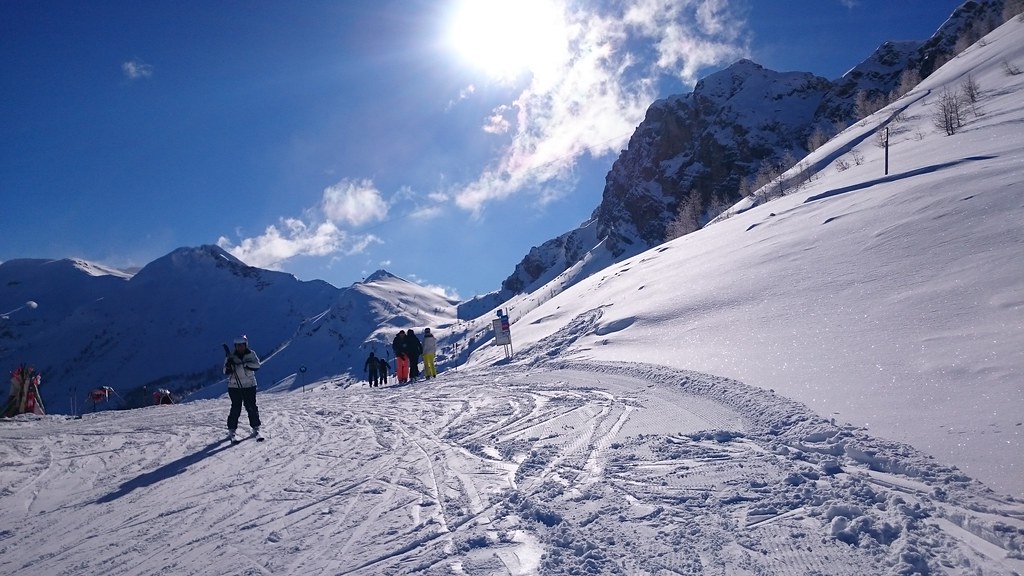 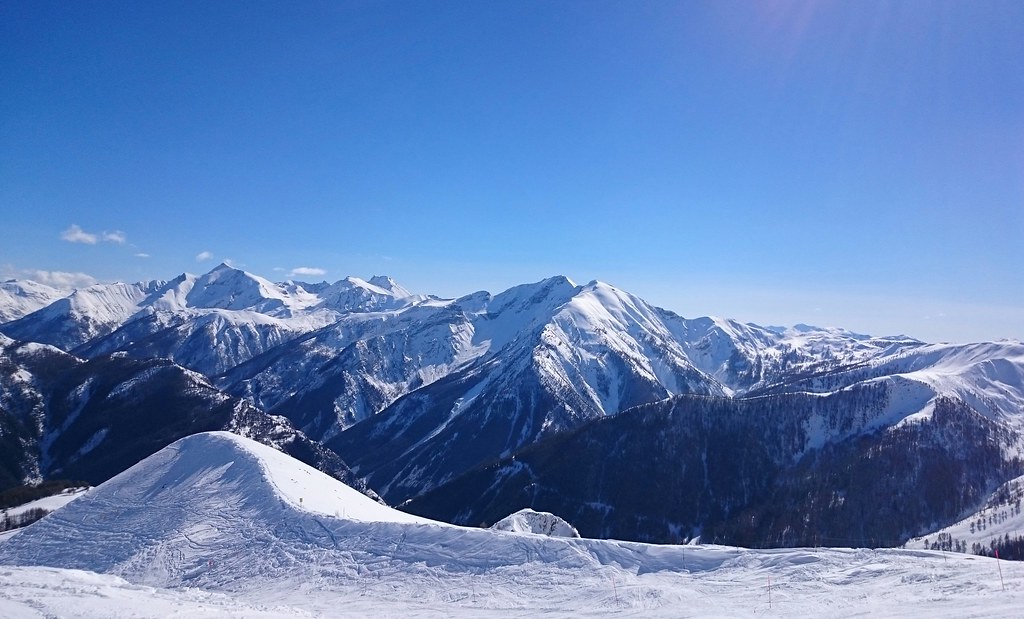 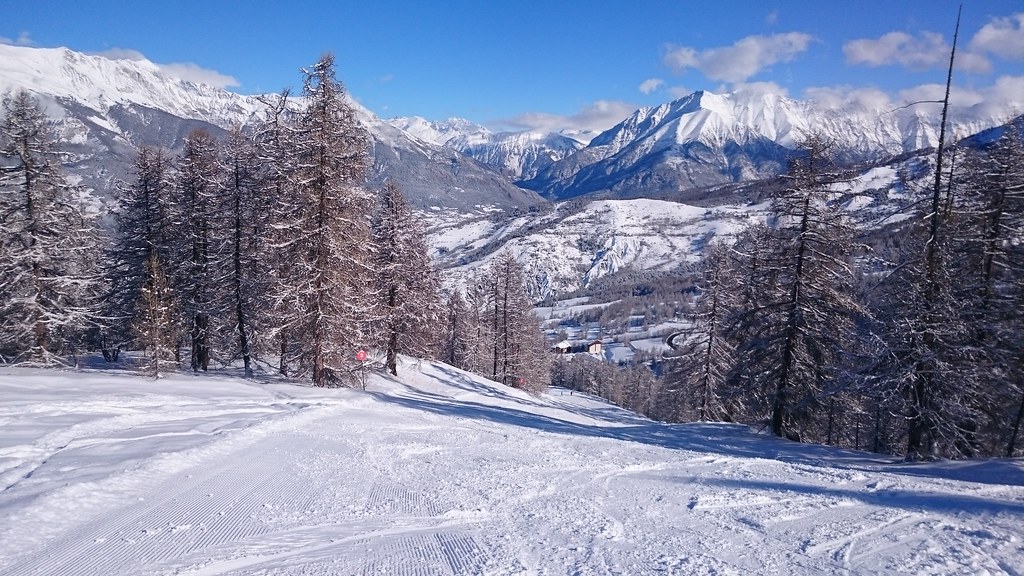 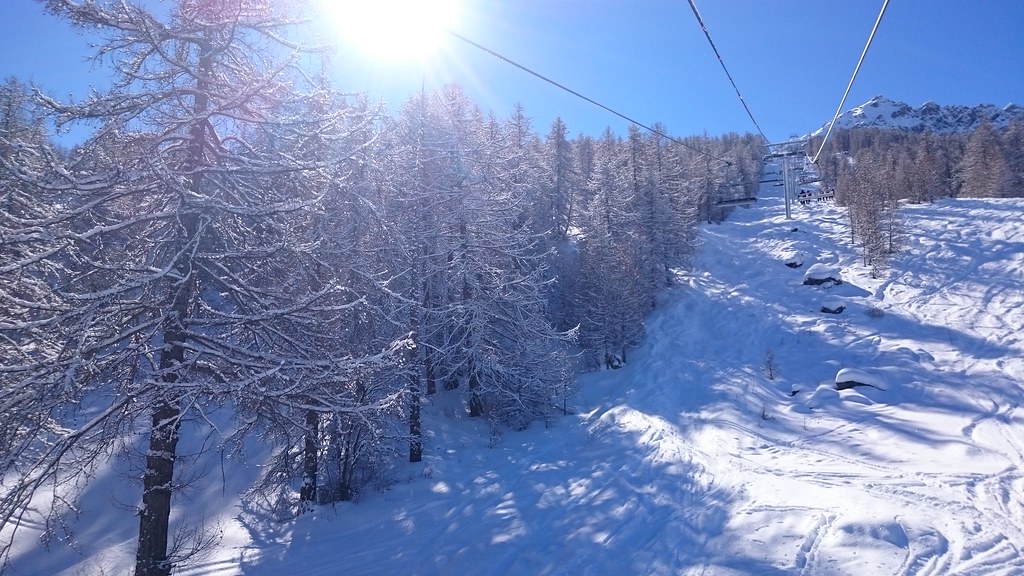 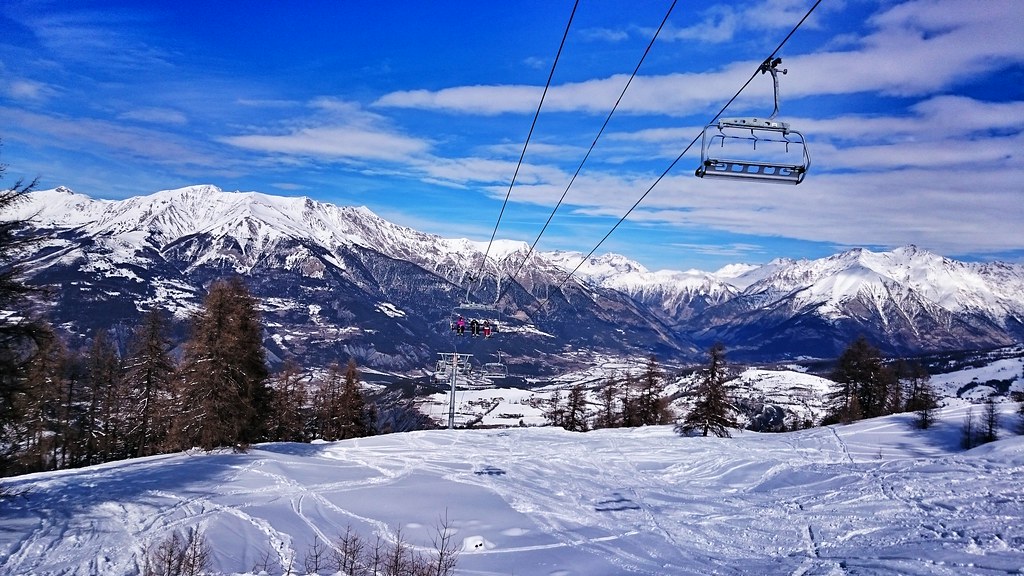 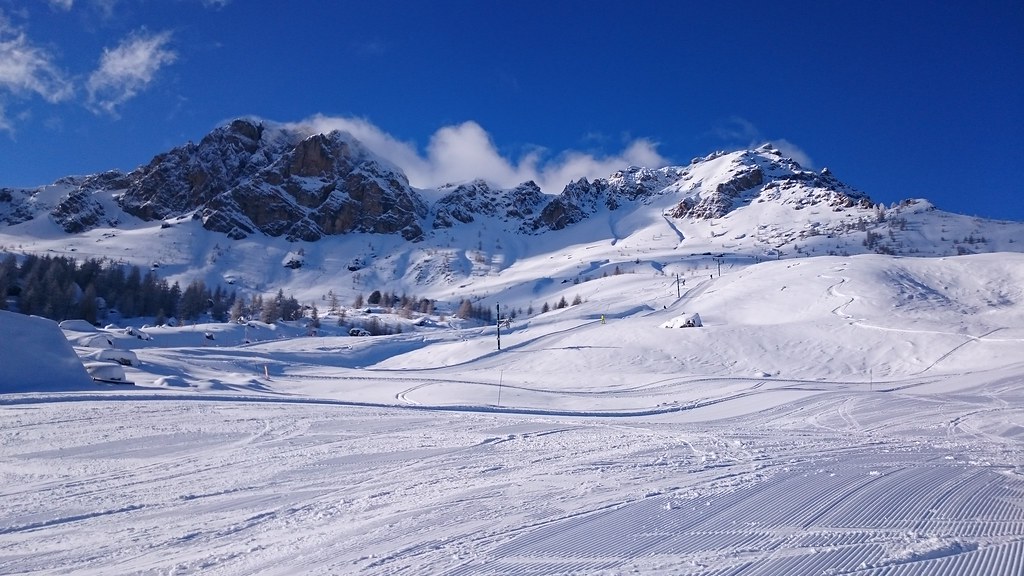