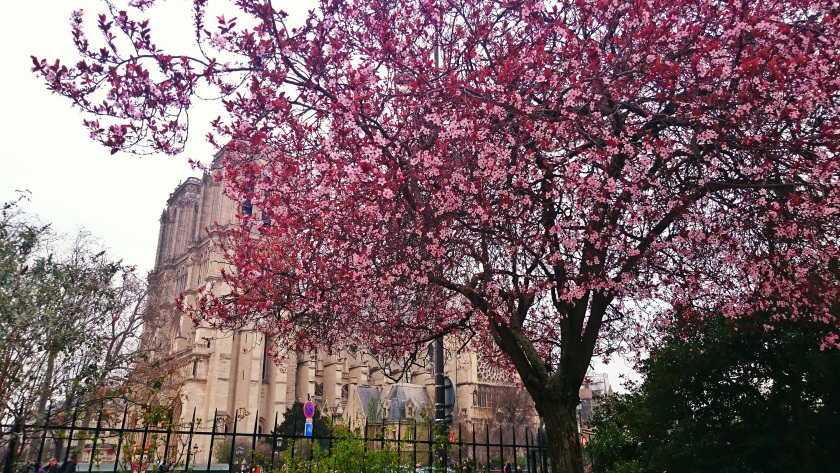 It has been a while since I have managed to sit down and write a blog post, and to my lovely readers I apologise! The last few weeks have been busy, and despite all this chaos, we are finally catching the first glimpses of Spring here in Paris (aka. Printemps en Francais). It may not be April just yet, but we are indeed experiencing more rain at the moment – sigh. Moving on from weather issues…

As I mentioned, my somewhat hectic schedule has been a fun one! Two weekends ago I was blessed to have my parents come and visit me in Paris. As it was both Mother’s day on the Sunday, as well as Mum’s birthday, we made the most of the time we had together. This included venturing to the Marché aux puces de Saint-Ouen and the Puces de Vanves Marché, which both have amazing trinkets and antiques on offer. For those who don’t know my father, he has a little (‘little’ being gigantic) passion for collecting records, and so these markets were somewhat like stepping into Paradise! Albeit it overpriced compared to his usual experiences at British car-boots. We also had pre-booked tickets to go and see the ‘David Bowie Is’ exhibition that is currently on a world-wide tour. Having grown up listening to Bowie, and with a father and uncle who are big fans, I was extremely excited to attend. We were unfortunate to not be able to see the exhibition in the V&A when it was in London, with mum and I instead going to the cinema for a tour of the exhibition – without having to leave Liverpool or our seats! It was great to have my parents over, not only to celebrate my mum’s birthday and because I’ve missed them, but also to be treated out for some nice food!

During the week, I met up with Emily Guerry, one of my old tutors from York who was visiting Paris with her current students from Cambridge University. I was delighted to be able to join Emily and her pupils on some of their visits. On the Monday we met at the Musée Cite de l’architecture et du patrimoine and examined the many Romanesque and Gothic reliefs; Tuesday morning saw me join them for a visit to the Abbey de Saint-Germain which is very close to my language school; and on the Friday I headed with the group to Laon to see the fantastic cathedral (as well as going to a lovely dinner that night!). Spending much time with fellow medievalists got me all excited for getting back to further study next year and continuing researching something that I am so passionate about.

The following weekend (this one just gone) also welcomed Sally, an old friend from school. I haven’t seen Sally in person for around 3 years, and so it was awesome to see her in the flesh and not on my Skype screen. Sally is also an Au Pair, but in Berlin, so she knows the routine that I am currently in. Due to her flight arriving the same time I collect the children from school, Sally had to jump in the car and come for the ride! The plus of this was that I gave her an unconventional tour of Versailles. We spent our weekend dining out with good friends. One of the reasons why me and Sally are such great friends is that we have such similar interests, one being art and culture. So we ended up exploring the Musée d’Orsay, Musée de l’Orangerie, and the current exposition at the Éléphant Paname gallery. I also took Sally around the Sainte-Chapelle – any trip to Paris avec moi is not complete without visiting this divine beauty, and I was excited to see that all the boards covering the renovation work have been removed. En fin! I will definitely have to go back again soon with my dad’s wide-eye camera lens to try to capture this exquisite space. Although the weather was pretty rubbish during the weekend, we were blessed with blue skies on Monday morning. So, before Sally’s flight we headed off on a bike ride in Saint Cloud park to see the wonderful views of the city. Unfortunately for me, I could not get on the spare bike (it was too big for me!), and so was left with the only options of running next to Sally or to take a children’s scooter. I chose the latter. What an intense workout! Never again.

So there you have it. My March thus far, which continues to be a busy one. Tomorrow is my birthday, and on Saturday night I will be going to dinner with some great friends of mine for Thai – I have been dreaming about Thai food for so long now, and cannot wait. 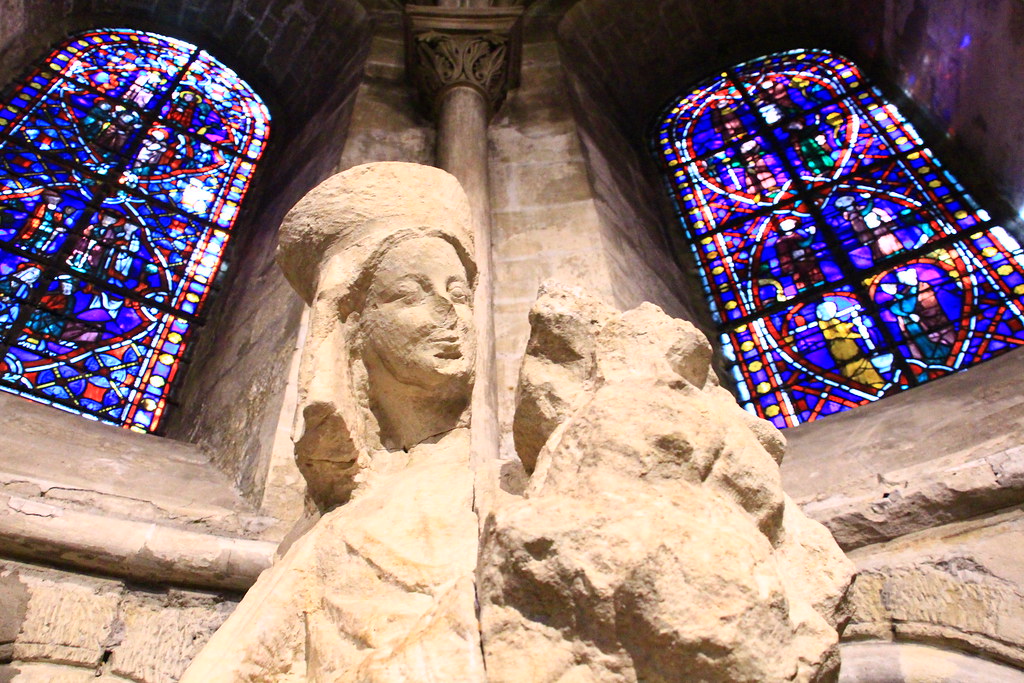 The Virgin and Child sculpture at the Abbey de Saint-Germain 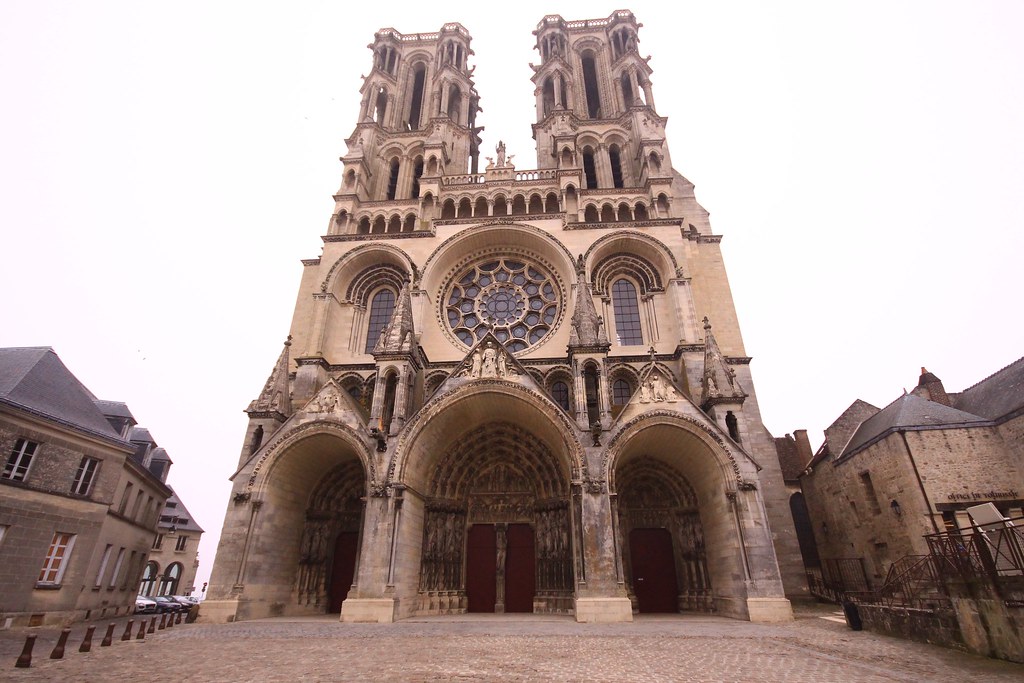 The western front of Laon Cathedral 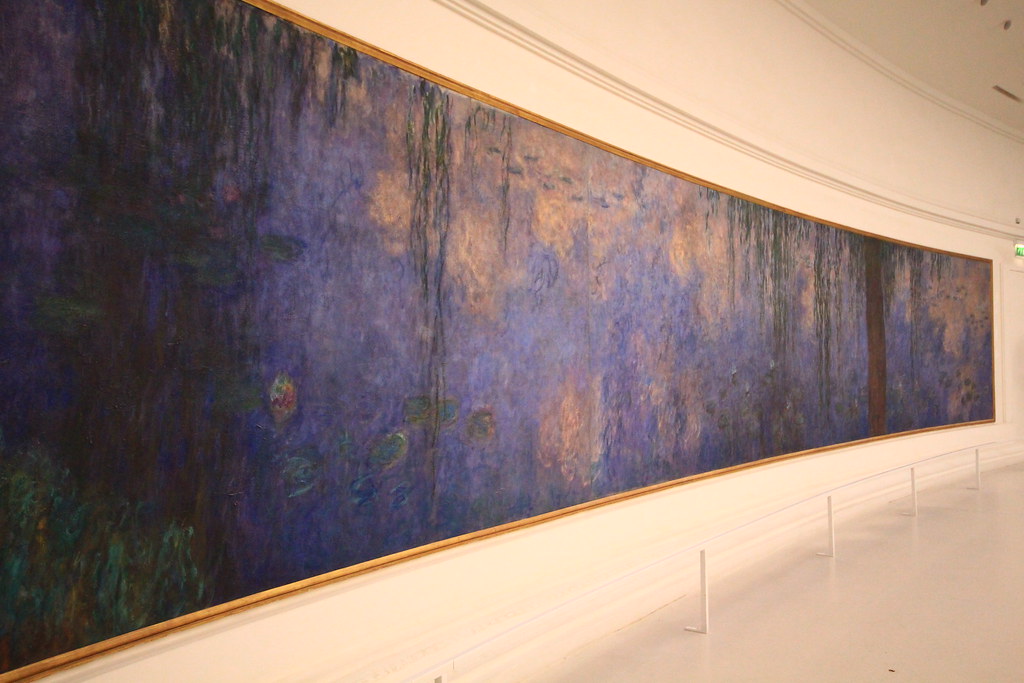 One of Monet’s stunning paintings on display at the Musée de l’Orangerie.