The Luxembourg and Tuileries Gardens is the perfect place for a leisurely walk, whatever the season. Recently I was in Paris as Autumn was beginning to arrive. Here are some photos of the gardens with the beautiful orange leaves.

END_OF_DOCUMENT_TOKEN_TO_BE_REPLACED

Every year within a section of the Jardin des Tuileries, the garden turns into a lively fête foraine (summer fairground), and this year sees its 30th anniversary. With over 80 different attractions to explore and experience, the Fête des Tuileries is great for all the family.

Recently I headed up la Grand Roue, aka the Ferris wheel, to see some amazing views of Paris above. I decided to ascend in the evening, with the hope of seeing the incredible sunset from overhead. Even though I didn’t, the views of the city did not fail to impress as always. Here are a few photos that I took.

If you would like to head up the Grand Roue, the Fête des Tuileries is open until 23rd August 2015. 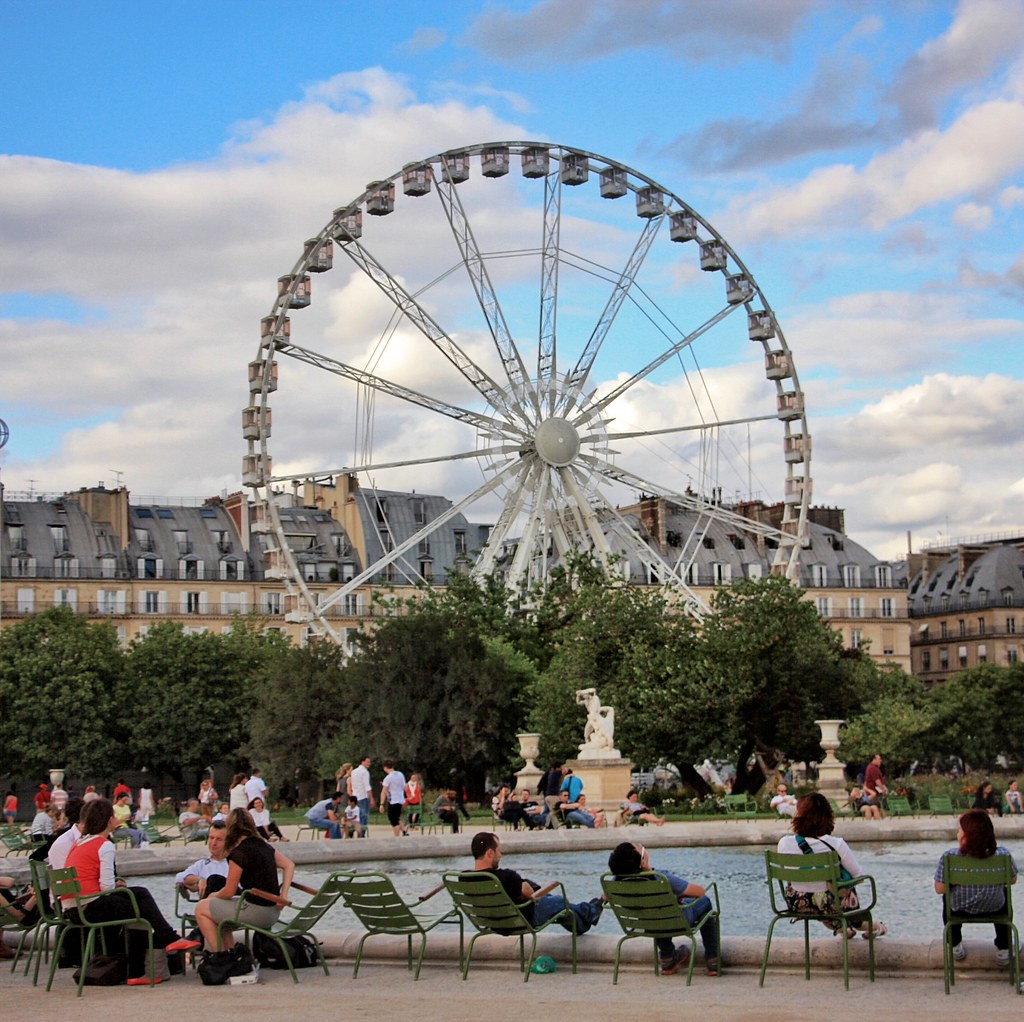 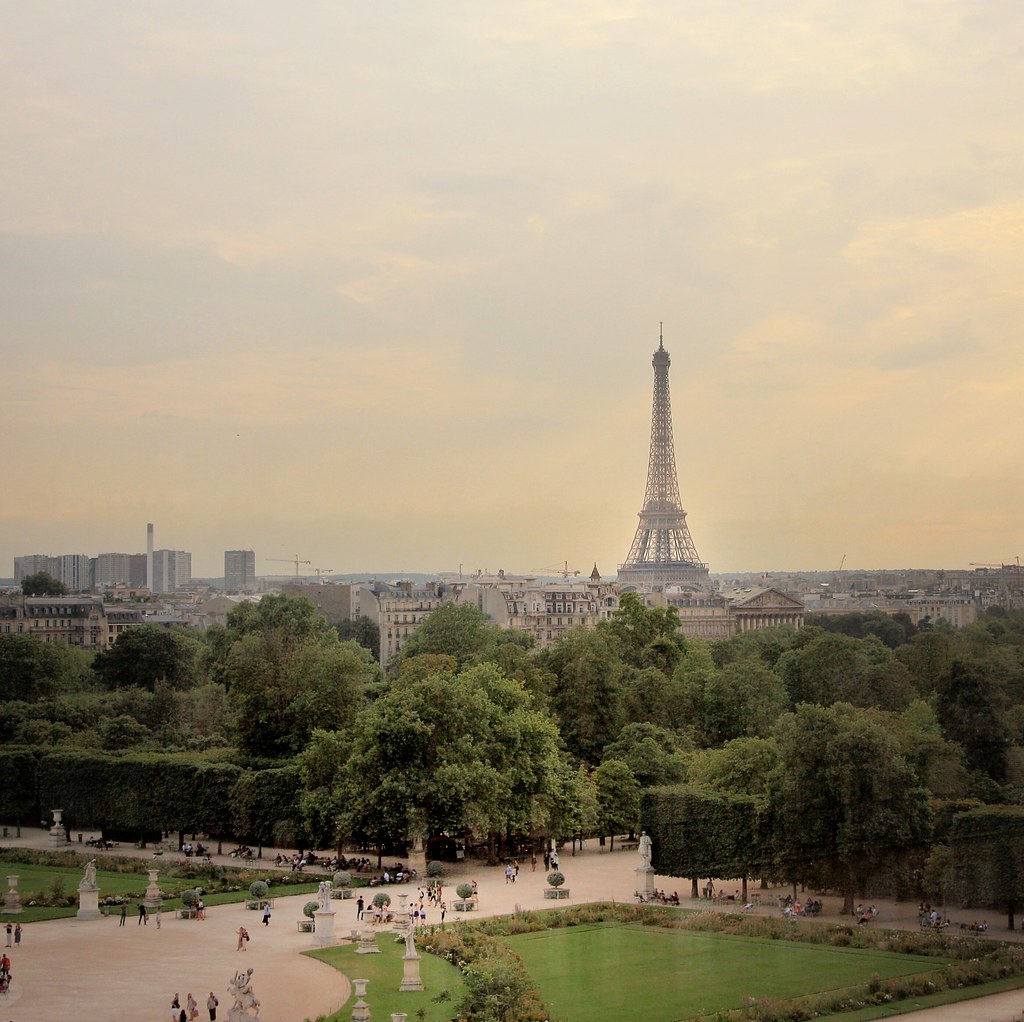 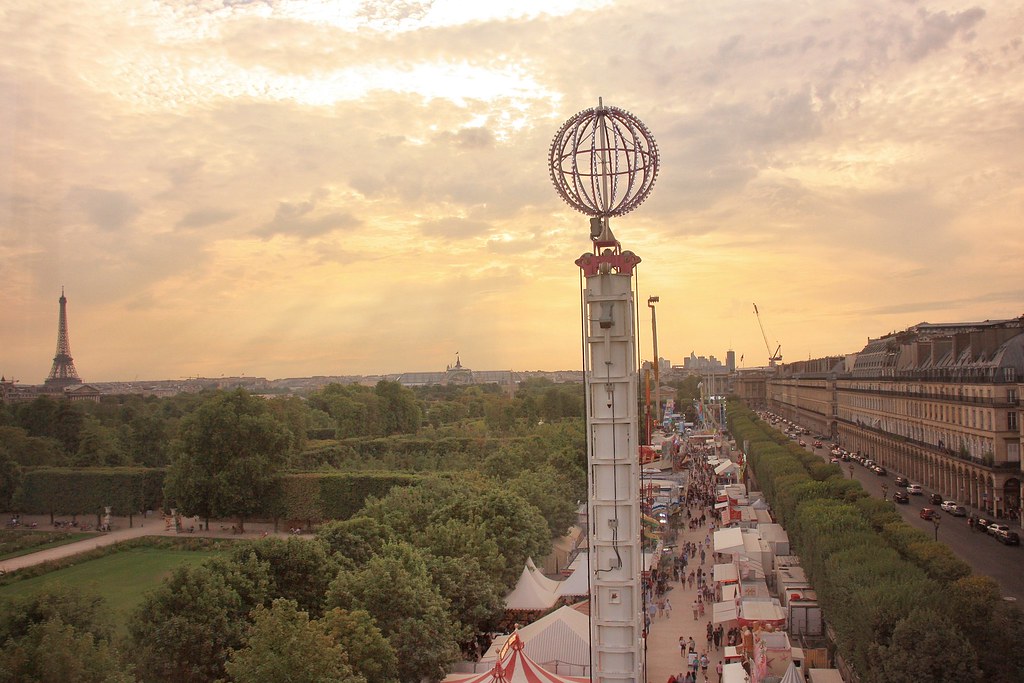 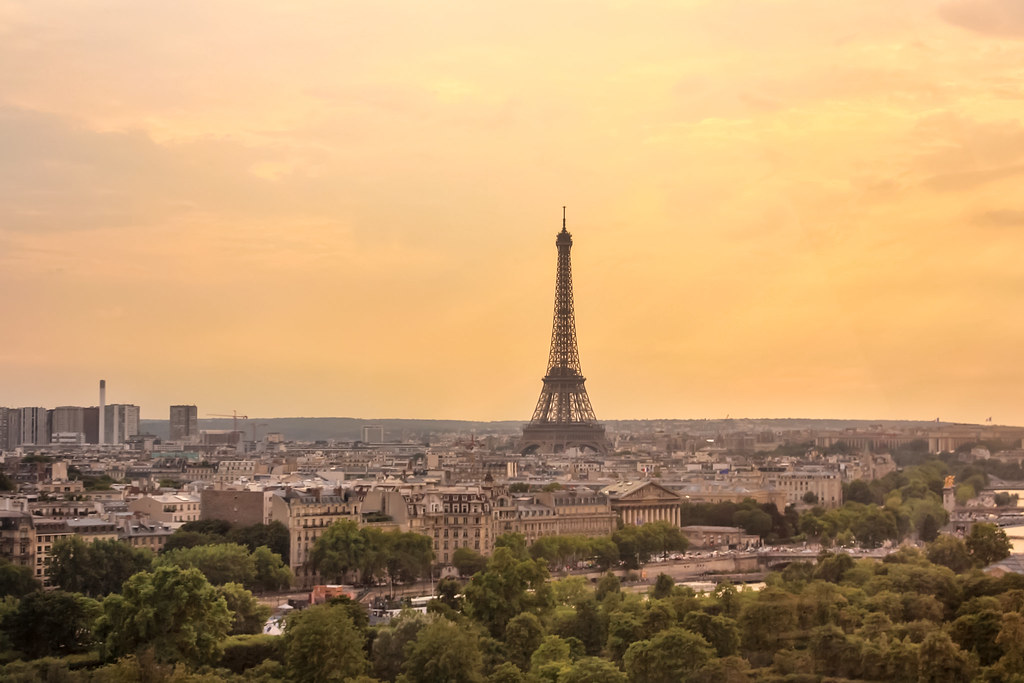 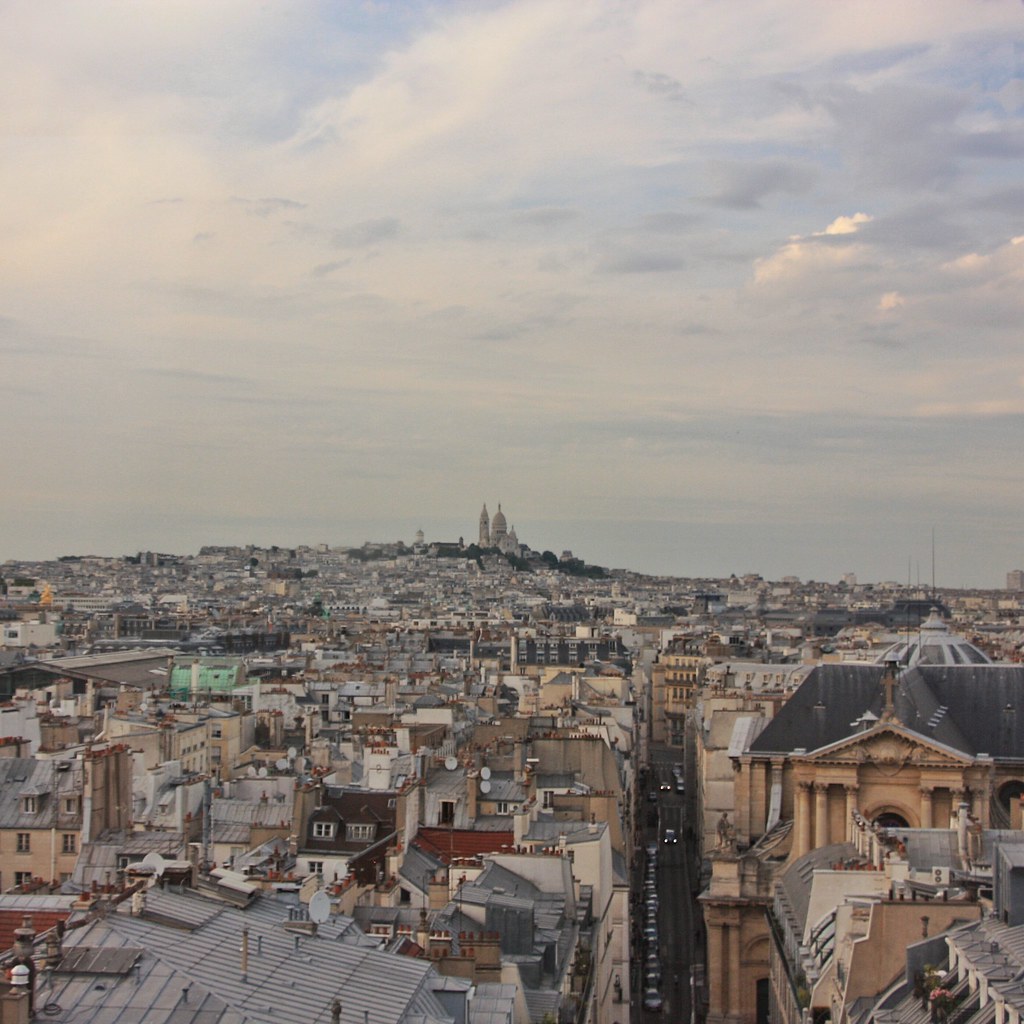 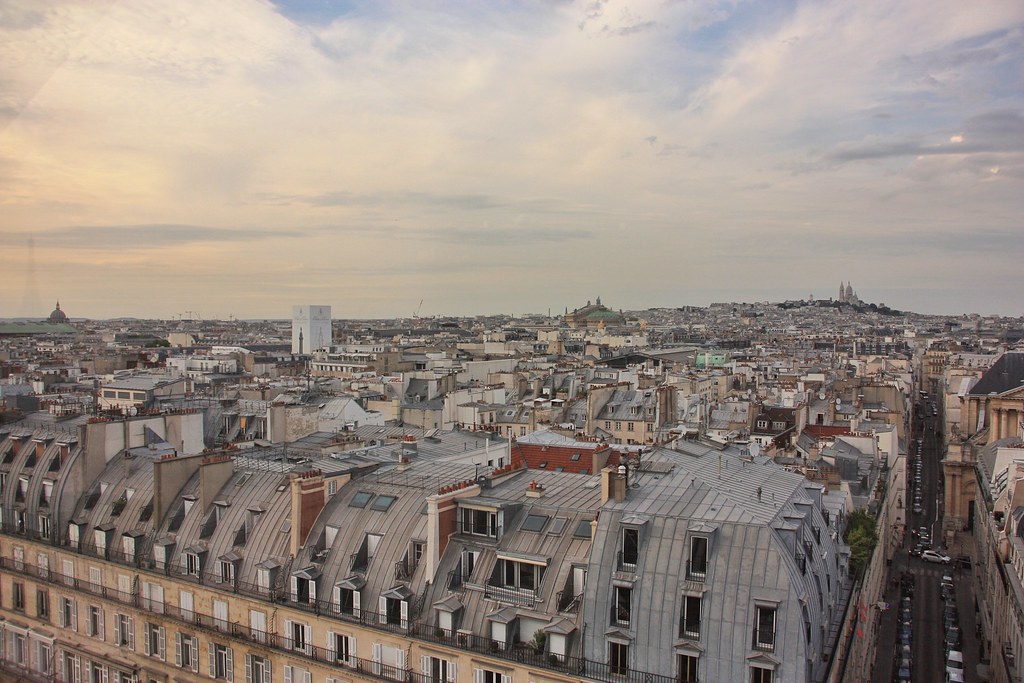 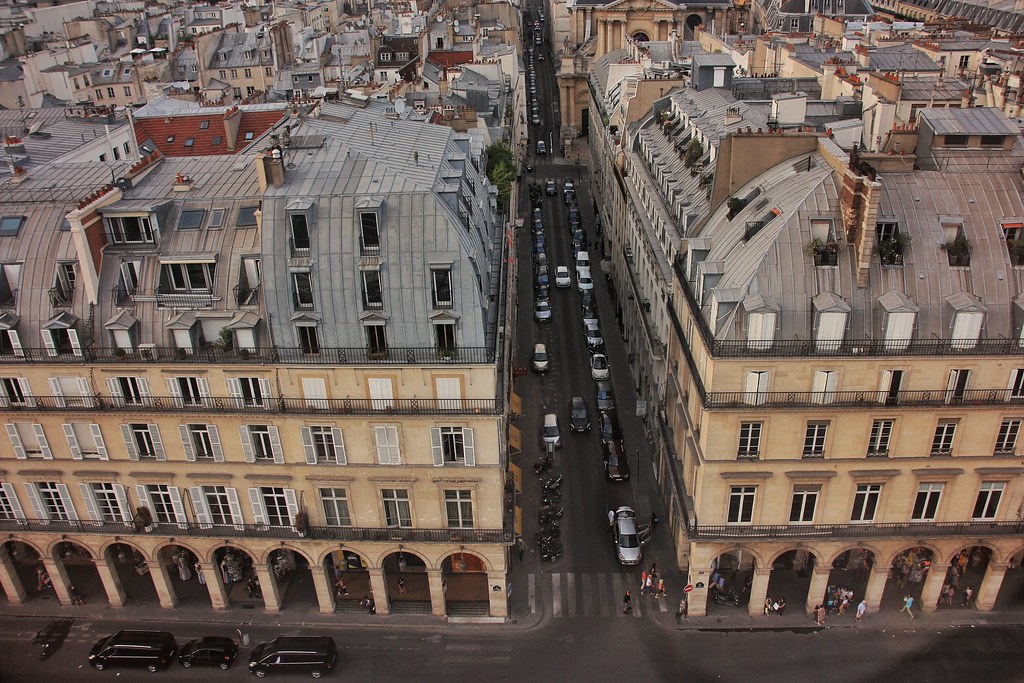 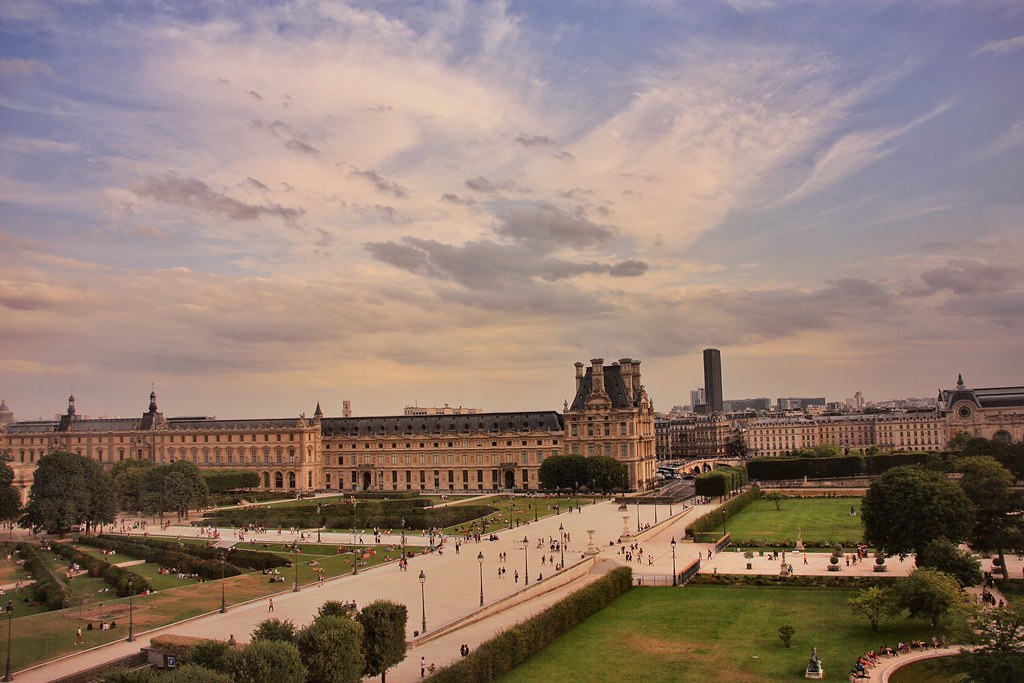 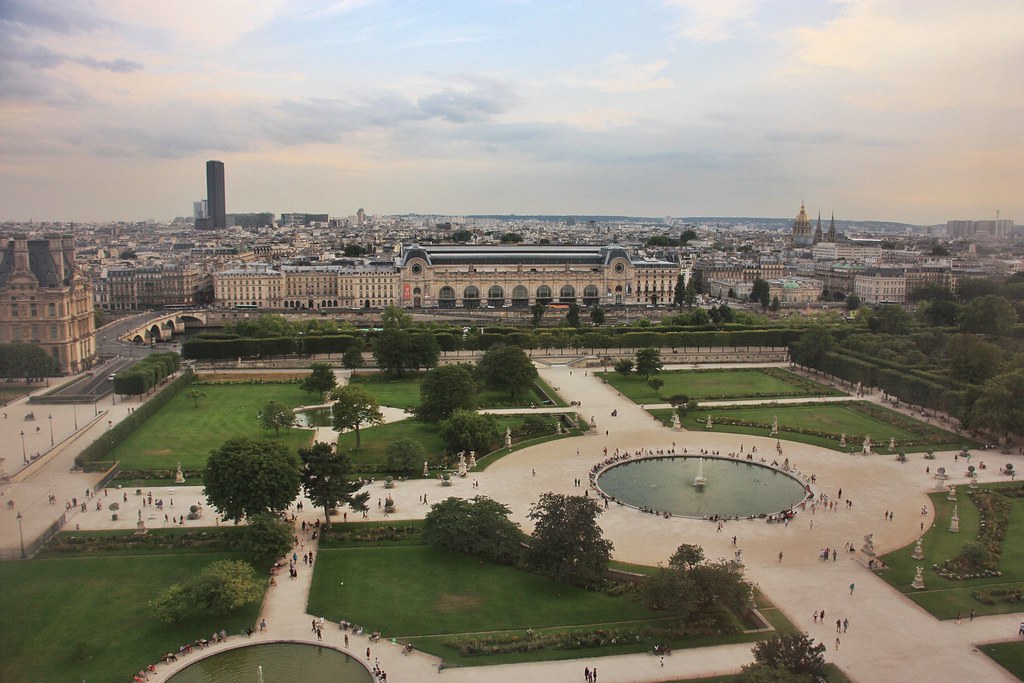 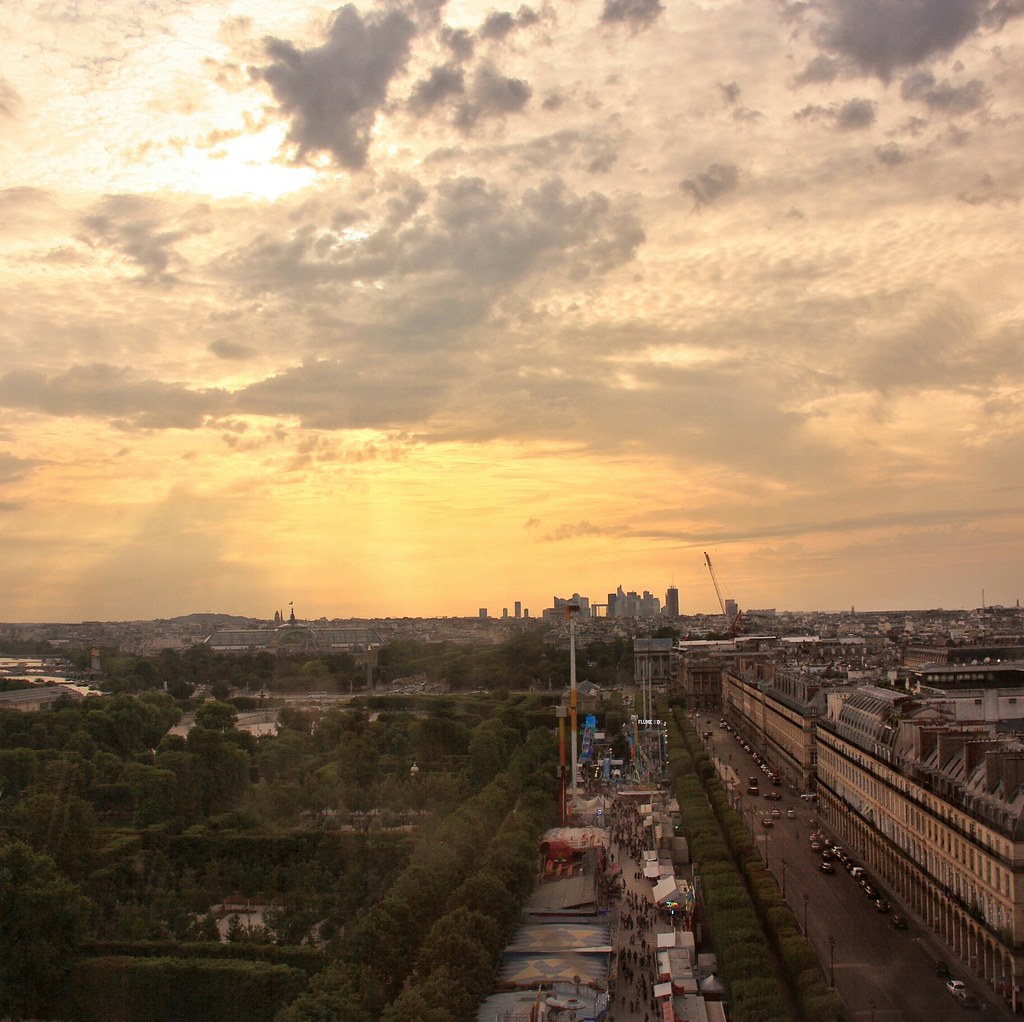 There is something magical and dreamy about Paris in Spring. With the magnolia trees coming into bloom, and the dark grey clouds transforming to open blue skies, I think it’s safe to say Printemps officially arrived this Easter weekend. With the beautiful weather over the last few days, I have been trying as much as possible to make the most of this fantastic weather, and so when my friend Kate invited me to go to some of Paris’ Jardins to view the exquisite flowers I jumped at the chance. Therefore, the last few days have involved exploring number of Jardins including the Jardin des Tuileries, Jardin des Plantes, Jardin de Musée Rodin, Square René Viviani and the Jardin Medieval de Cluny. We both decided that you probably cannot have too many flower photos, and so I’ve attempted to select some of my favourites so far. Overall, I have endeavoured to capture the dreamy and romantic essence that one gets when viewing all these beautiful flowers. 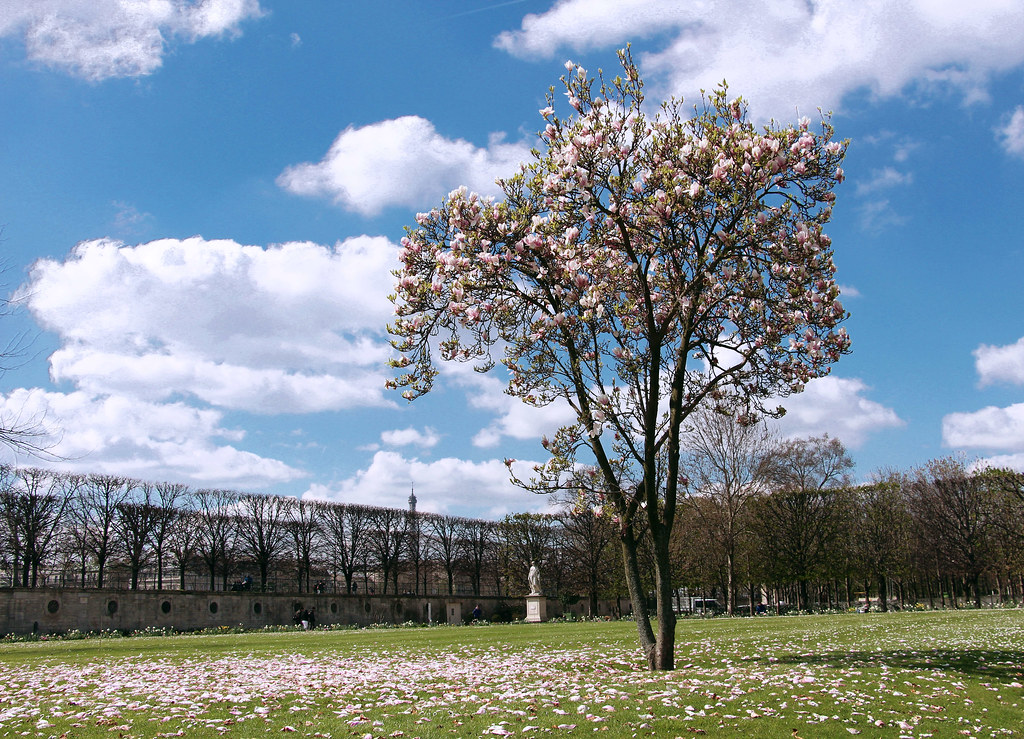 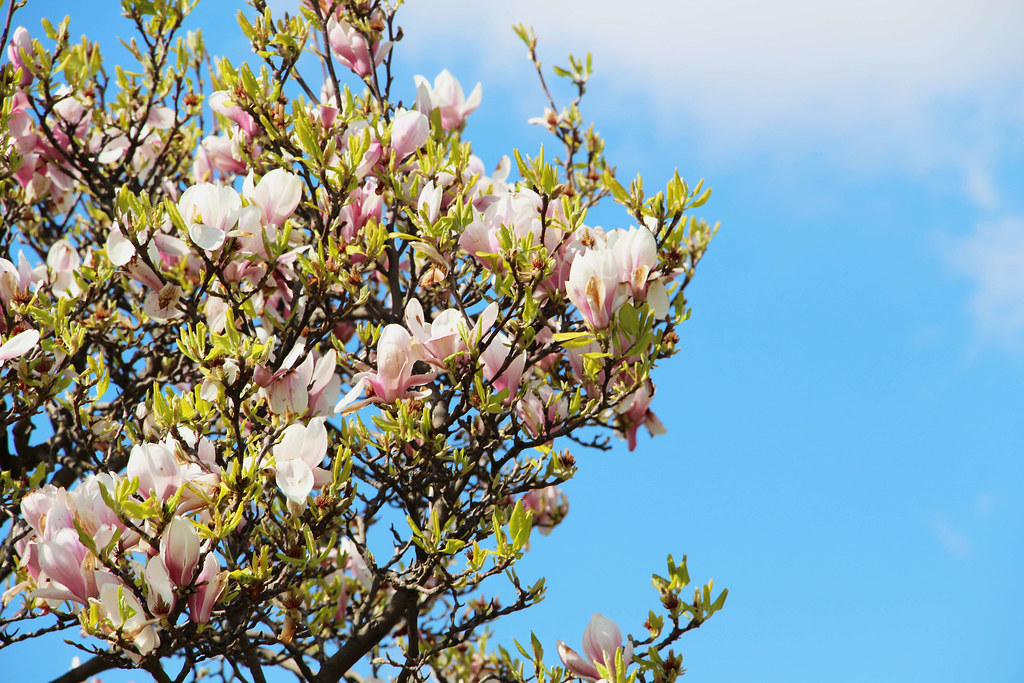 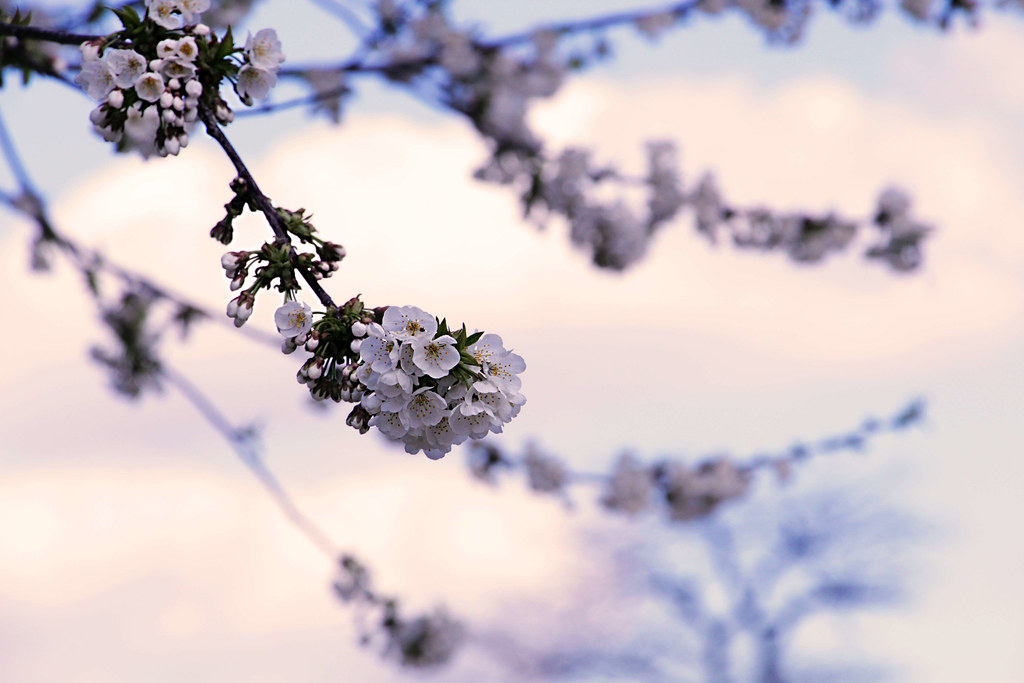 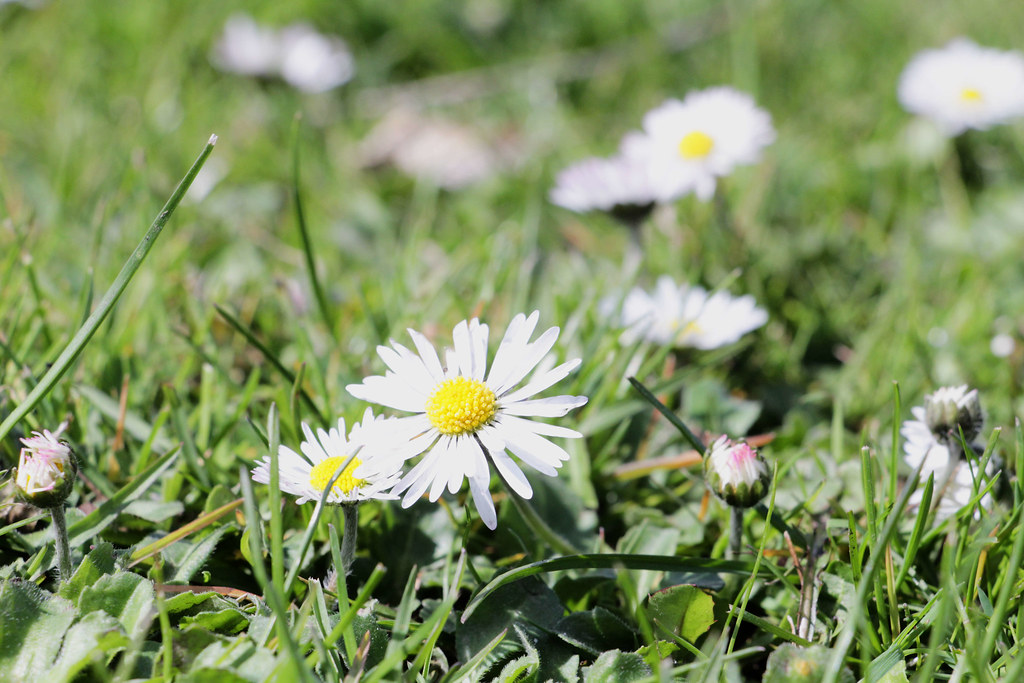 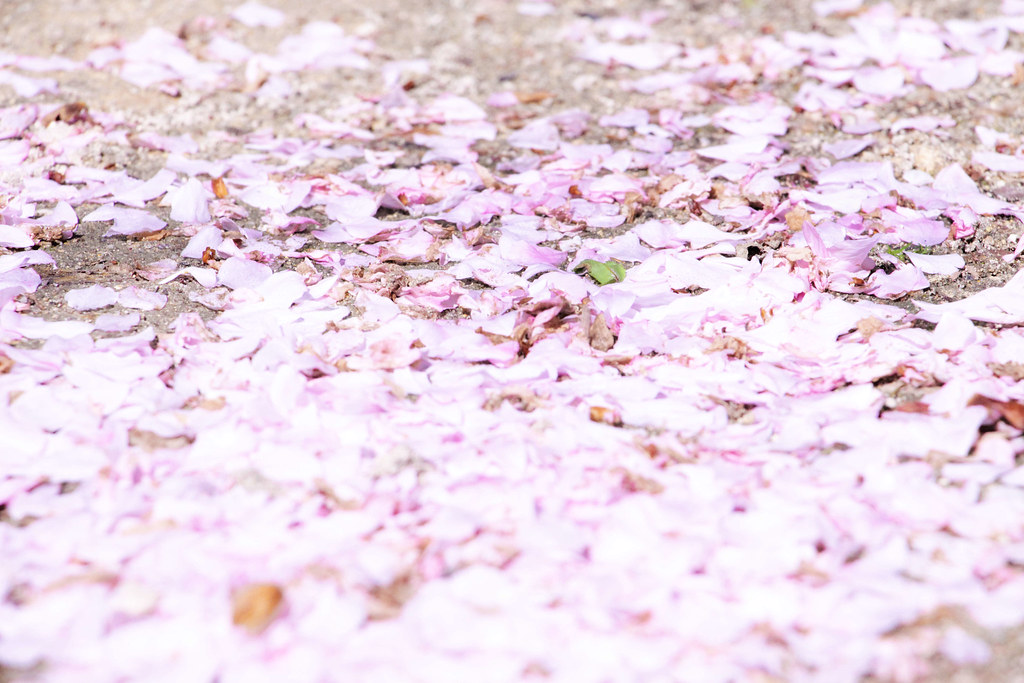 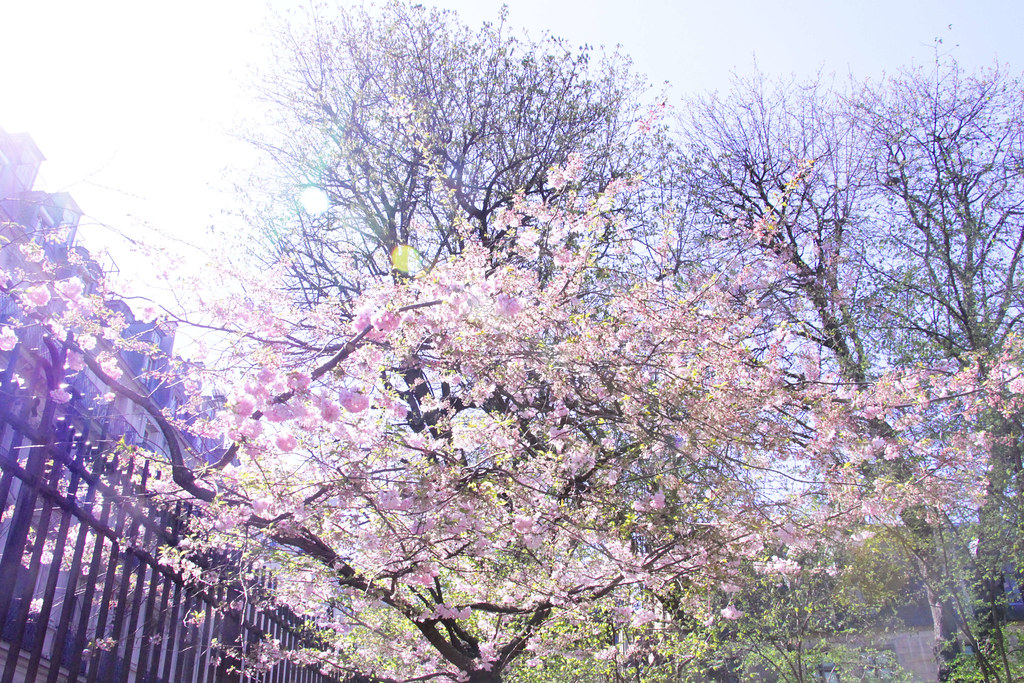 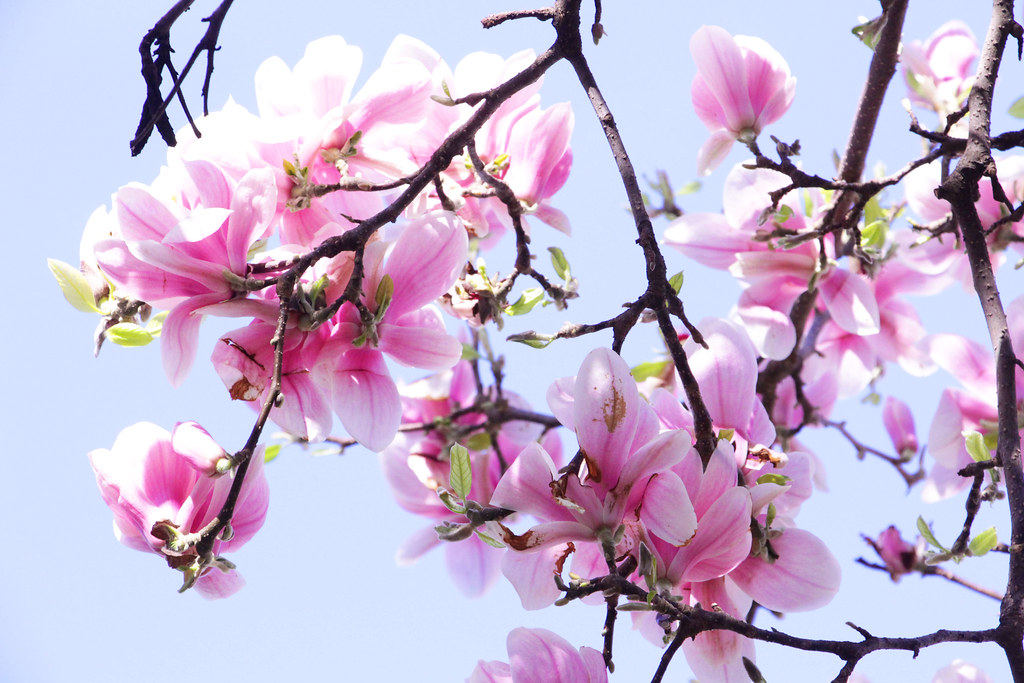 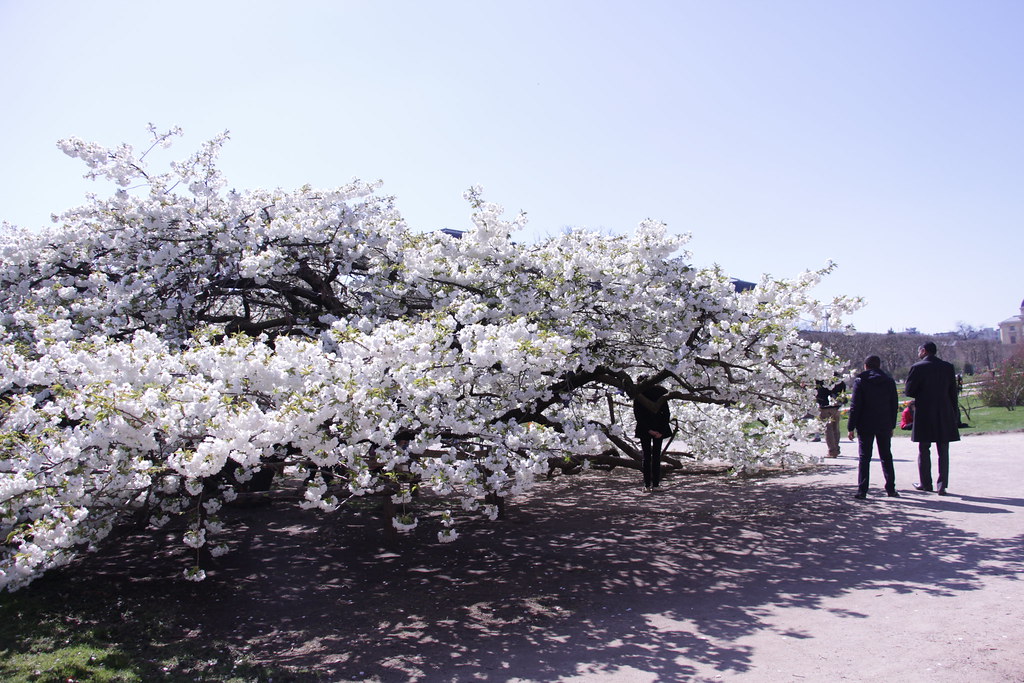 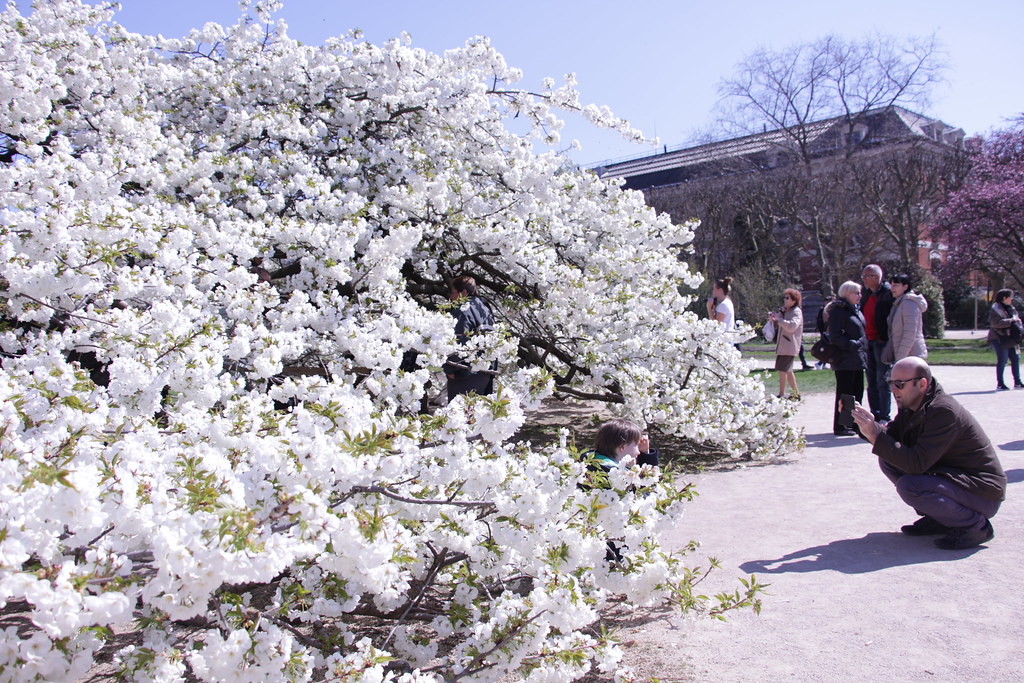 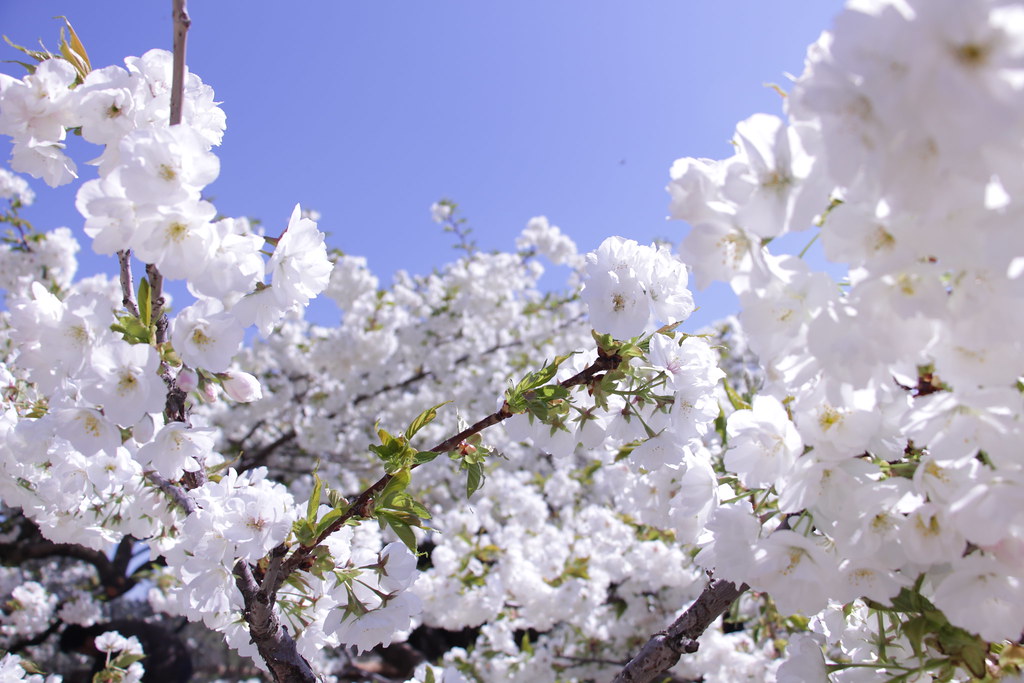 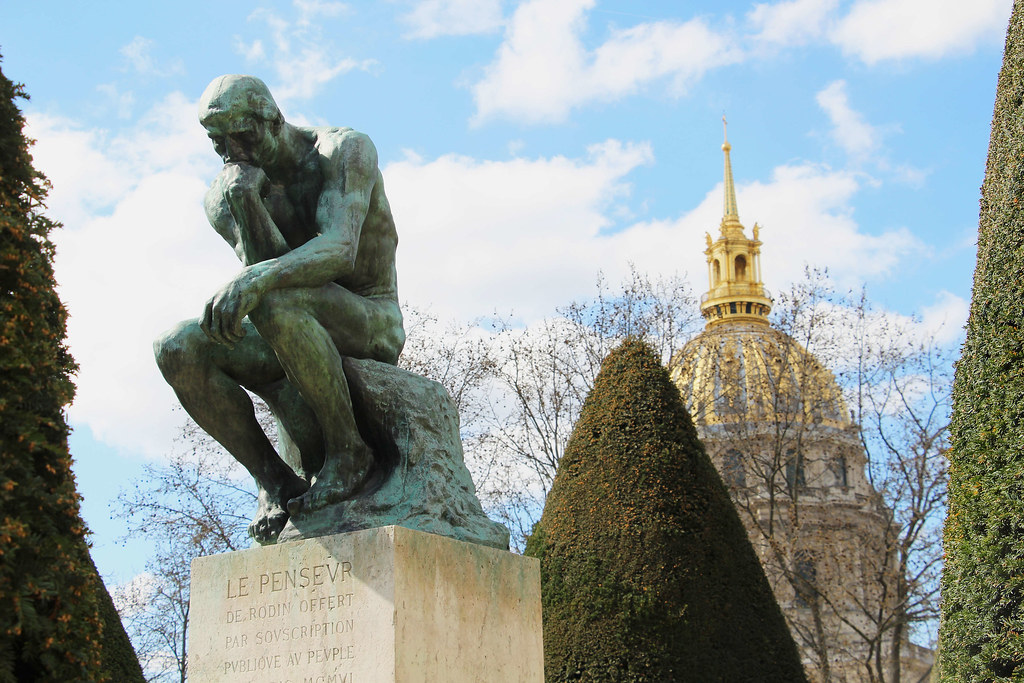 This Sunday we were blessed with beautiful clear blue skies in Paris, and to make the most of this perfect weather, myself and two friends headed up the never-ending 284 steps to reach the top of L’Arc de Triomphe. It was both a triumph for us climbing all those steps, and a triumph to the city of Paris – Paris, you are breathtaking. From the top you can see the stunning views of France’s capital from 360 degrees. This is a definite must to anyone visiting Paris, and better yet, it’s free for those under 25! I will be coming back up the Arc de Triomphe, that is for sure. Next time I would love to the city when the sun begins to set. To finish off this magical day, we then strolled around the Jardin des Tuileries and watched the sun setting with sublime views of the Eiffel Tower in the distance.

Watching the Christmas Tree go up in front of Notre Dame Cathedral; A visit to the see the upside down Christmas Tree at Galeries Lafayette; Sublime views of Paris from the top of the Arc de Triomphe.

Pretending to be children again by visiting one Paris’ Aquariums, we made a new friend in a clown fish; Taking in the breathtaking views at the top of the Arc de Triomphe; The Opera National de Paris during the verge of twilight with a massive crowd listening to local musicians.

Watching the sunset whilst exploring the Jardin des Tuileries with some lovely friends; Just one of the many amazing views of the River Seine that I see on my walks to school when on the Pont au Double; I enjoyed a lovely visit to the used book Cafe, Merci. Merci offers not only wonderful drinks, but the chance to pursue the various books adorning the shelves.

To all, I am so sorry for the belatedness (is that such a word?) of this post. This week has been so busy. Now that I am properly in the whole ‘Au Pair schedule’ with the family and school, I’m finding it hard to find the time to just have a few minutes to sit and write to my heart’s content. Luckily, I have managed to snag a few minutes from the day to write this post. This weekend saw the visit of my boyfriend Malek to Paris! It was so nice to see him, as we’ve been apart for over a month now. For those who don’t know, Malek is also an au pair but in Madrid! – he copied me, I swear!

Having arrived extremely late on the Friday night, the weekend began slowly, and after a breakfast/brunch on Saturday we headed to the Sainte-Chapelle. Yes, I know how much I go on about this chapel, but Malek’s never been there and he did take the time to read (definitely not forced at all…) to read my dissertation on many occasions, and so I thought it would be nice to take him there so he could see at first hand what I am so passionate about! For the first time in my experience, there was a pretty long queue, but the wait was well worth it. Oh, how I have missed you ma belle Sainte-Chapelle! I cannot believe how much has happened since I last visited in February to standing in there this weekend. So surreal. Sadly a large part of the north wall and western rose window were being conserved so that was all closed off, nevertheless one was able to have a beautiful view of the stained glass.

We also spent a bit of time just wandering around the Seine and taking in the sights. It was such a beautiful day, it seemed silly not to spend as much time outside as we could! We spent some time walking around the Jardin des Tuileries, which was especially pretty on this autumn day.

We also ventured toward Monmatre, because I wanted to show Malek the amazing views from the Sacre-Coeur. For those who don’t know, Montmartre is in the 18th arr. of Paris, and its pretty much all on a hill. This meant that, bien sûr we had to stop and have a coffee on the way up! We explored some of the many roads of Montmartre, and found some really cool places that we have to go back to again at some point. There were a few piano bars, which is amazing! What could be better than a cocktail and live piano? Not much. Once we managed to make our way through the hordes of tourists, we got to see the beautifully anticipated views of little ol’ Paris.

On Sunday we headed towards the south of Paris, and went up Tour Montparnasse. I had never heard of the tower until I read a blog post by Lost in Cheeseland. Tour Montparnasse is a bit of an anomaly on the Parisian skyline, as it seems to be one of the biggest buildings around. However, the fee is pretty cheap – for us is was just around €11 to go up. There you experience an observation deck (which you get to be elevator thank goodness! Montparnasse Tower claims to have the quickest elevator in Europe) and then climb a few floors to get to the terrace floor which is where you can see some more spectacular views of Paris. I would recommend going just before sunset, so you still get to see the city during the last few minutes of daylight, and see the sun setting – how romantic!

To end our lovely weekend and Malek’s time here in Paris, we decided to pay the Eiffel Tower a visit at night time, and boy did she do her best! It was lovely to see the tower all light up and sparkling (something Malek thought I was making up!). We had a cheeky bottle of Champagne, but I must admit that we couldn’t finish it, because me being me decided that we should have the cheapest €6 Brut Champagne, and so it was of course un-drinkable. Next time I think we should splash out for at least a bottle costing €10! I had an amazing time having Malek here with me, and it was so much fun being the tour guide and showing him the places that I like to go to and see etc. In November I shall be going over to Madrid where Malek is currently working – the guide becomes a tourist!