Continuing on from the newly created tradition of exploration Thursdays, this week me and Kate ventured off to districts of  Belleville and Ménilmontant. Having never been to this part of Paris before, I was interested to see what exactly it was like. Both Ménilmontant and Belleville are charming cosmopolitan districts which emanate a wealth of cultural diversity and offer a great deal of chances to experience vibrant street art. Our day included heading to the Parc de Belleville, which provides beautiful views of the cityscape. We did a lot of walking around the various streets, becoming fully fledged flâneurs for the day. During our exploration, we also went into the gothic inspired church of Saint-Jean-Baptiste de Belleville which offered a peaceful sanctuary from the hustle and bustle of the surrounding area. Overall, we had a lovely time getting to explore new parts of the city, and I will definitely be back to this arrondissement not only to take more photographs from the Parc de Belleville and the various street art adorning the buildings, but also to sample some of the diverse cuisines on offer around the district. 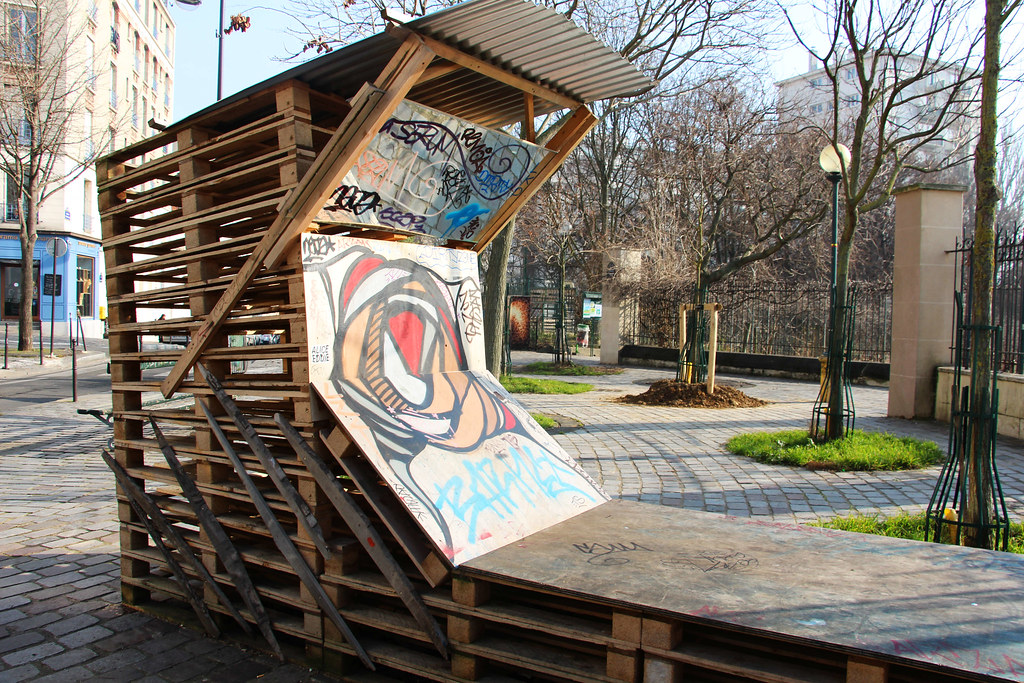 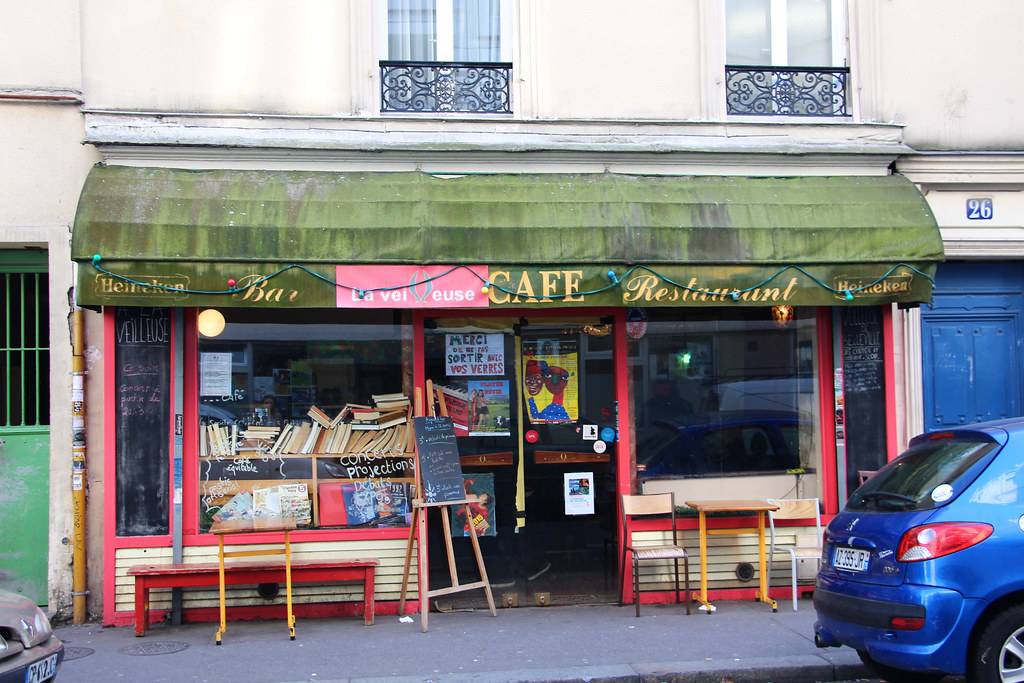 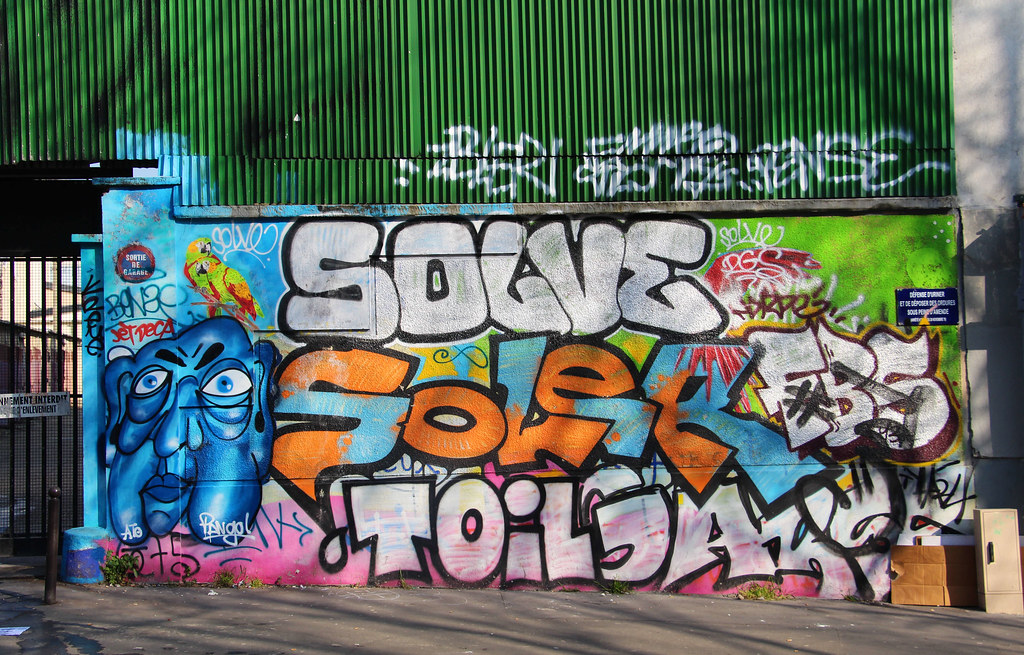 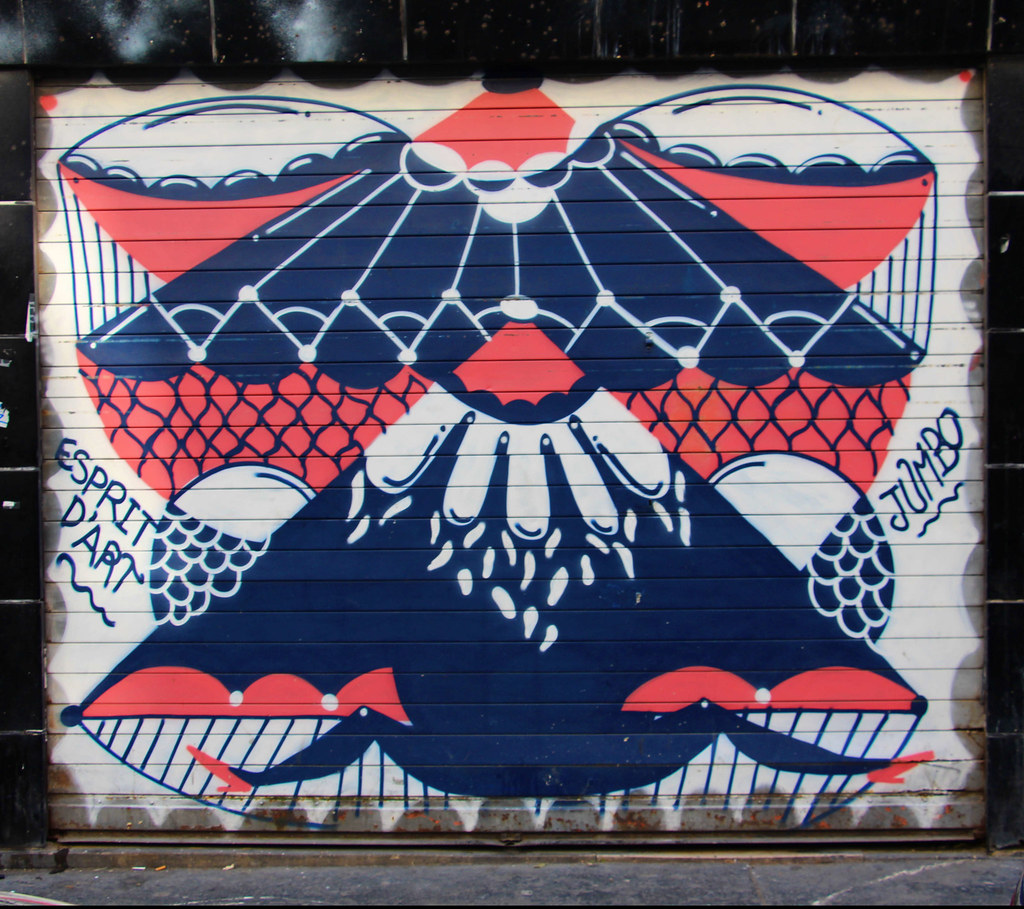 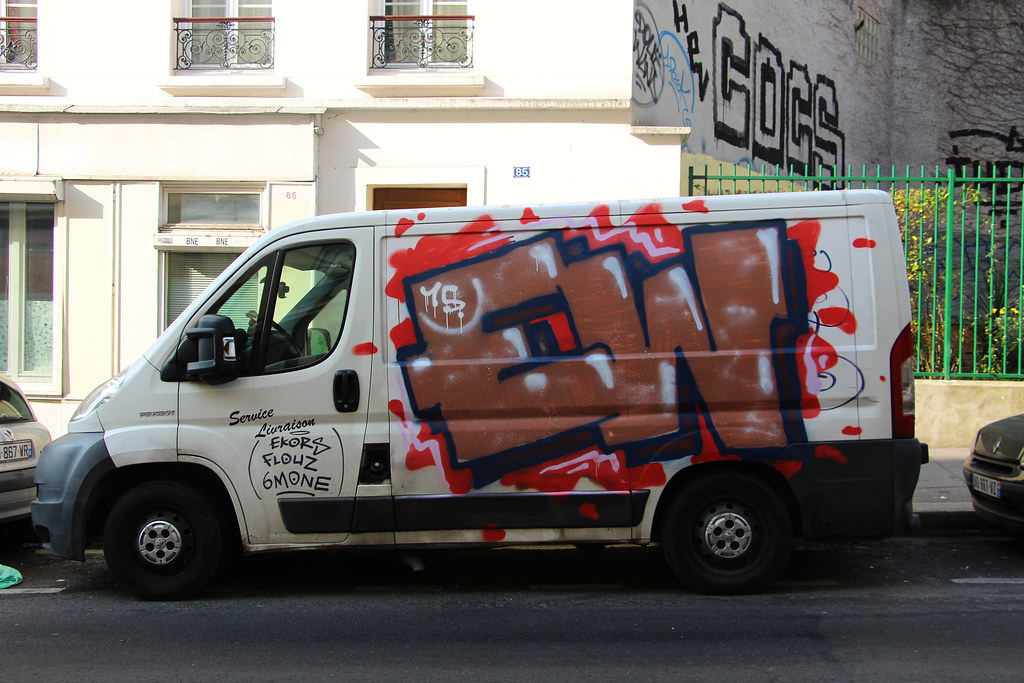 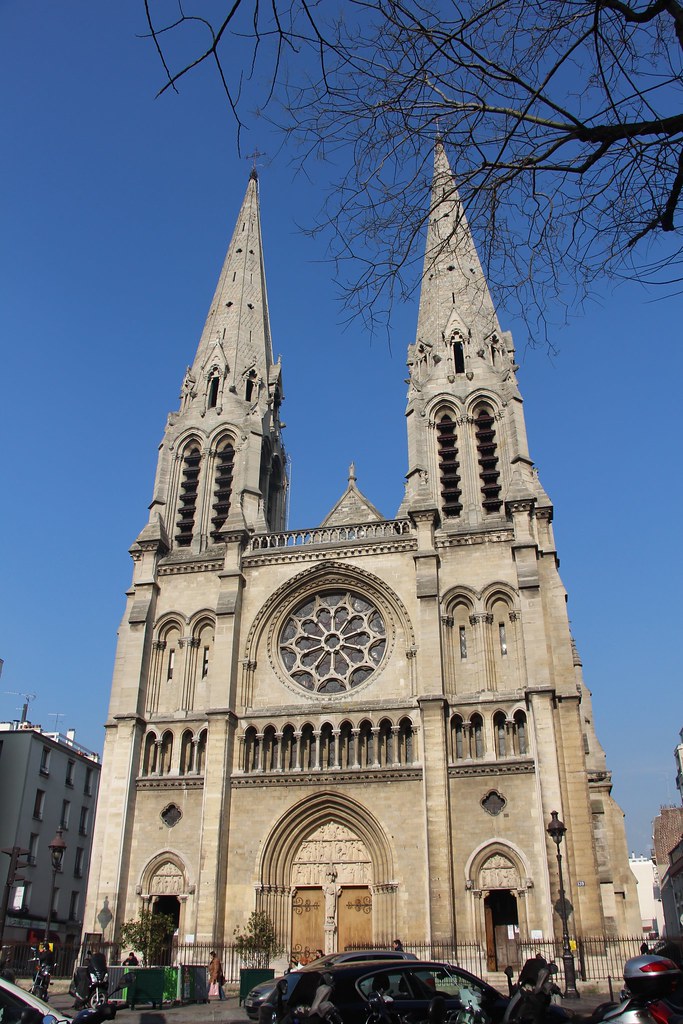 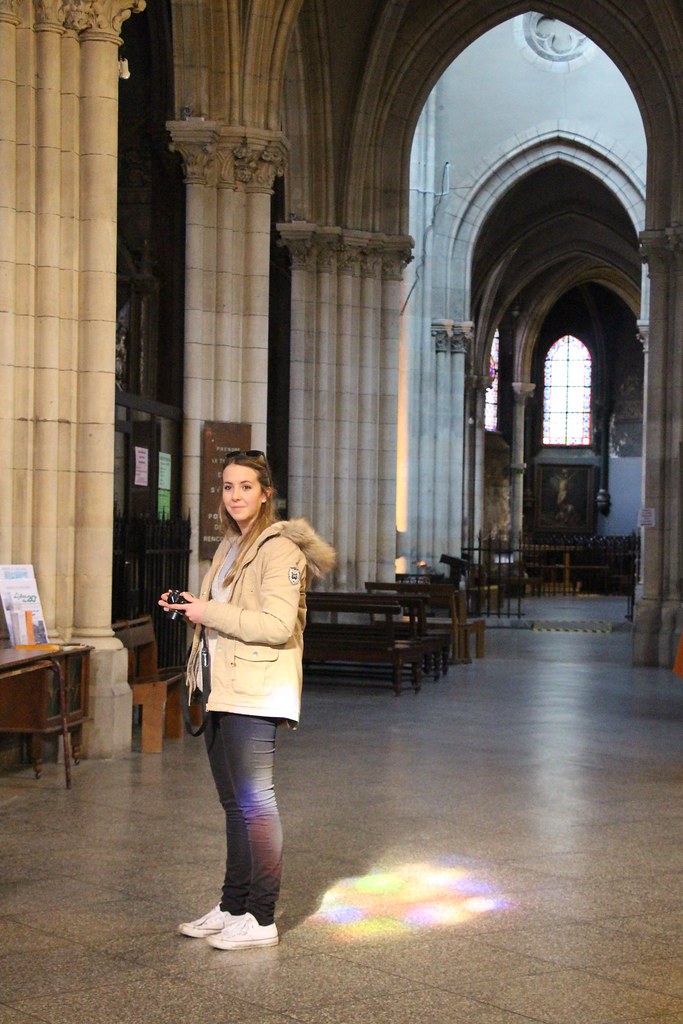 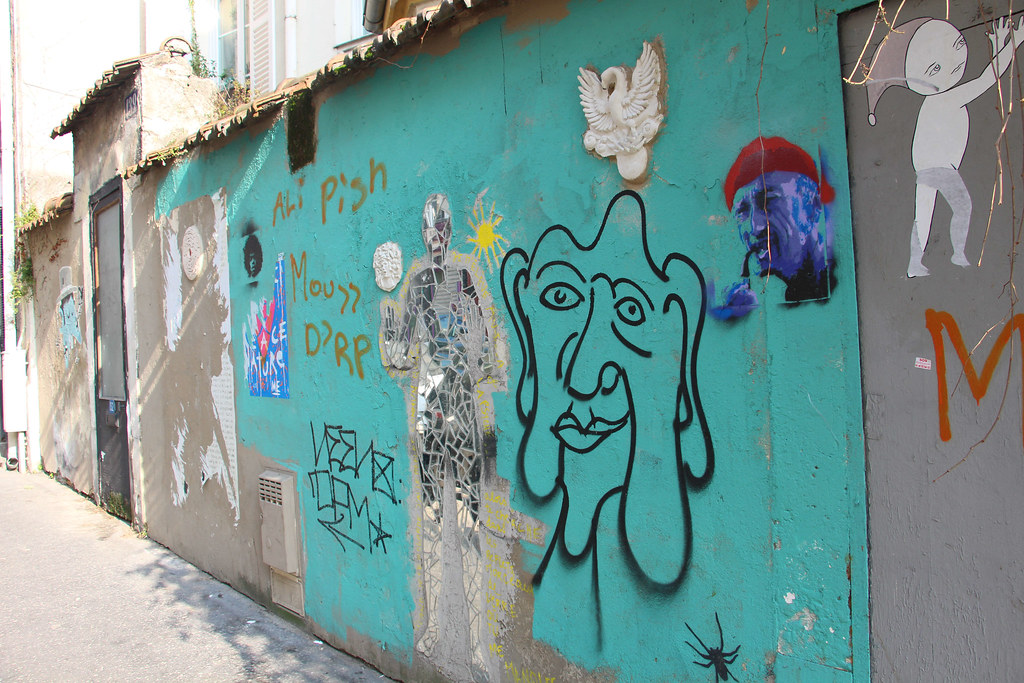 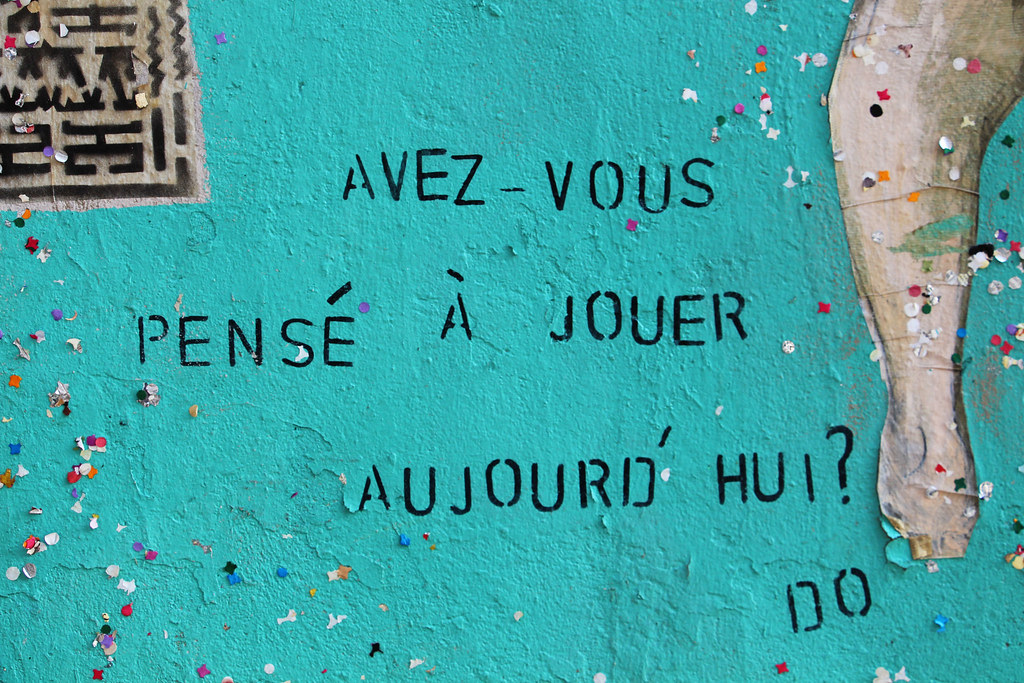 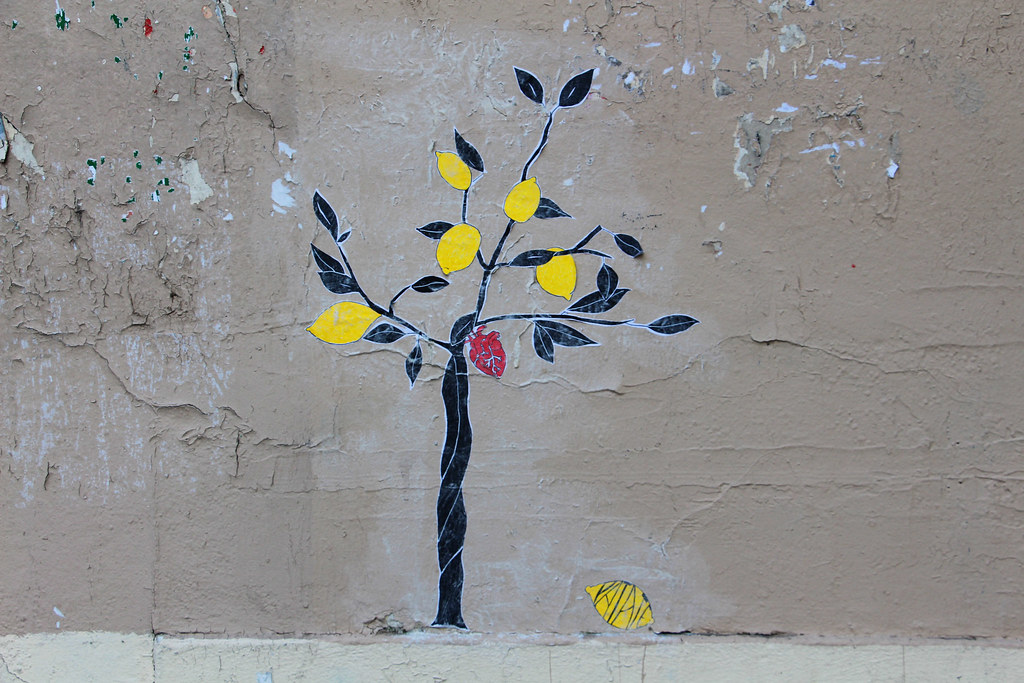 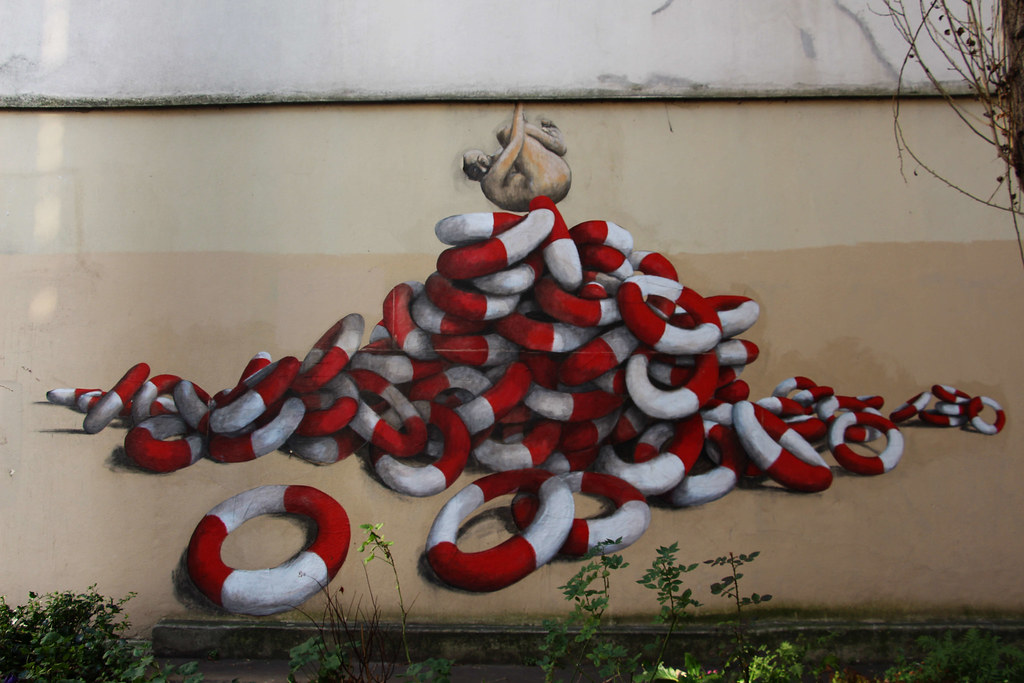 Whilst exploring Belleville the other week, we also ventured to the Parc de Belleville, which is reported to host some amazing views of Paris. Situated on the hill of Belleville, to attain these reputed views, one must climb quite a few stairs to get to the top. This strenuous and somewhat taxing experience (well it was for me, but I am positive that after a bit more exercise, it will be much easier!) was well worth it. Unfortunately, it was still hazy over the horizon the day we came, but we still managed to gain an impression of how magnificent the views can be. I’m just upset that I didn’t take more photos – I blame the stairs, all that physical exertion distracted me! However, on a beautiful cloudless day, one will be able to see notable monuments and buildings such as the Musée Pompidou and Eiffel Tower, as well Le Panthéon and Tour Montparnasse. I would definitely recommend coming to the Parc de Belleville, not only to see some stunning views of Paris, but also to get some exercise at the same time – what can be better!? Also, there are really cute cafes at the top of the hill that require further investigation! 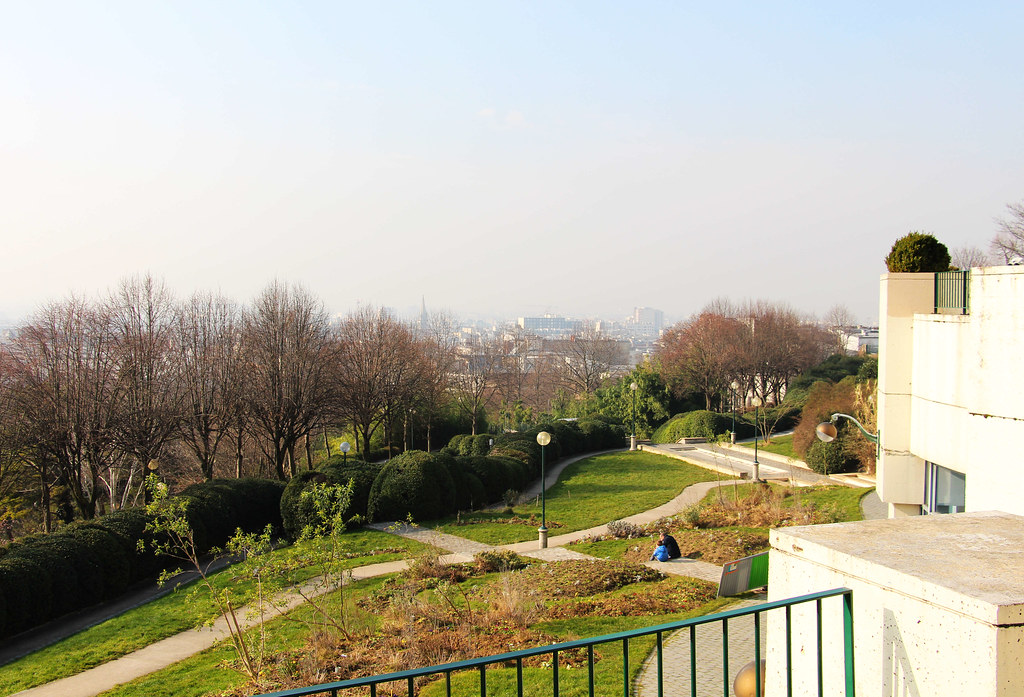 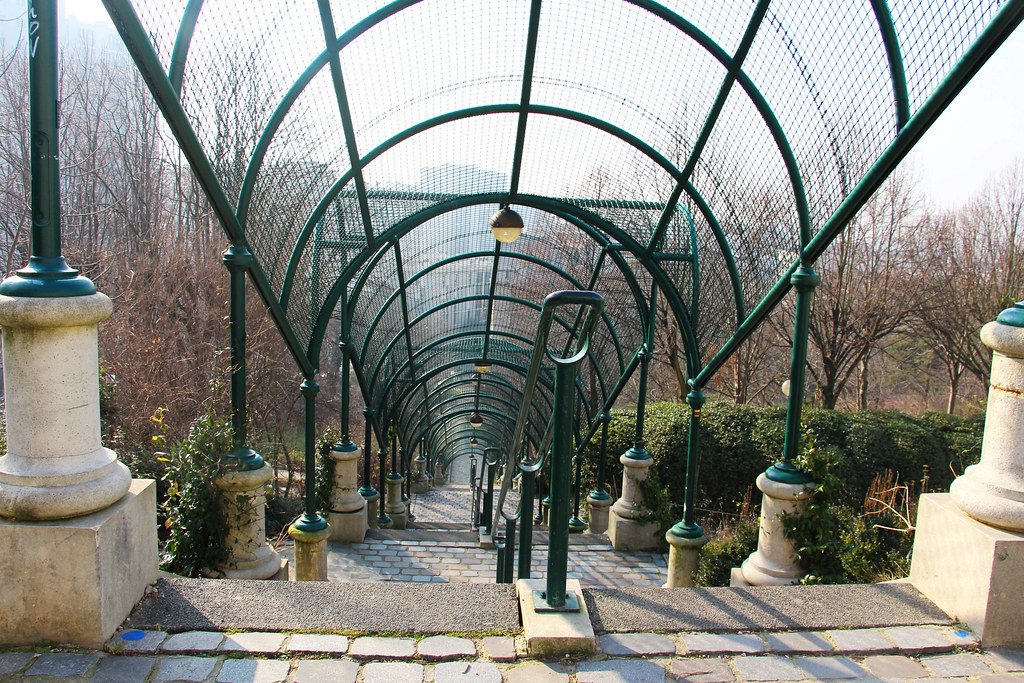 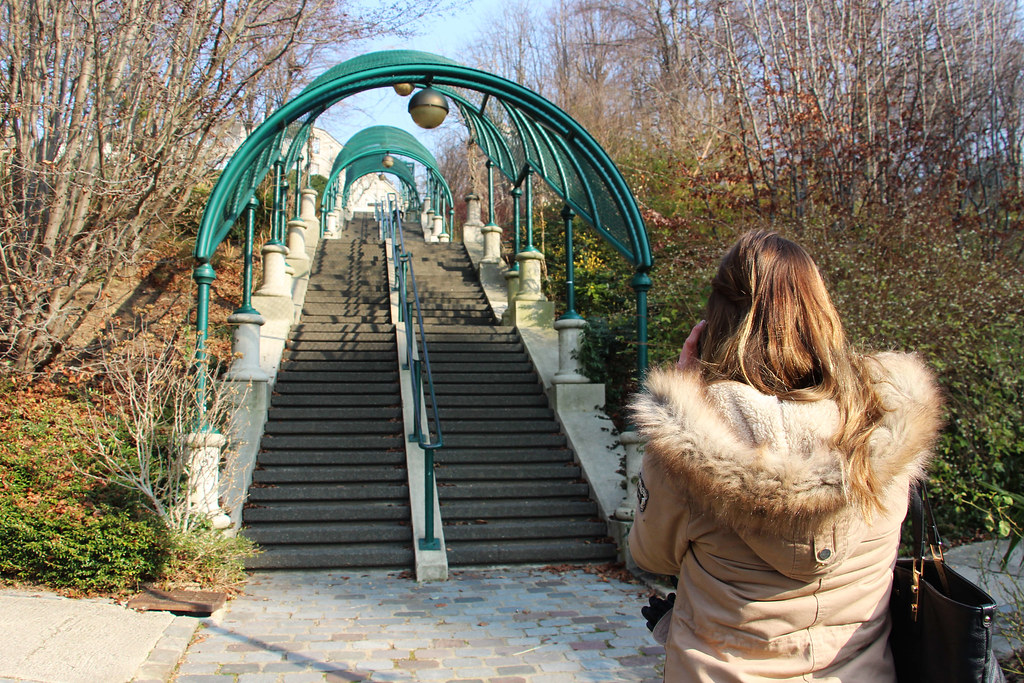 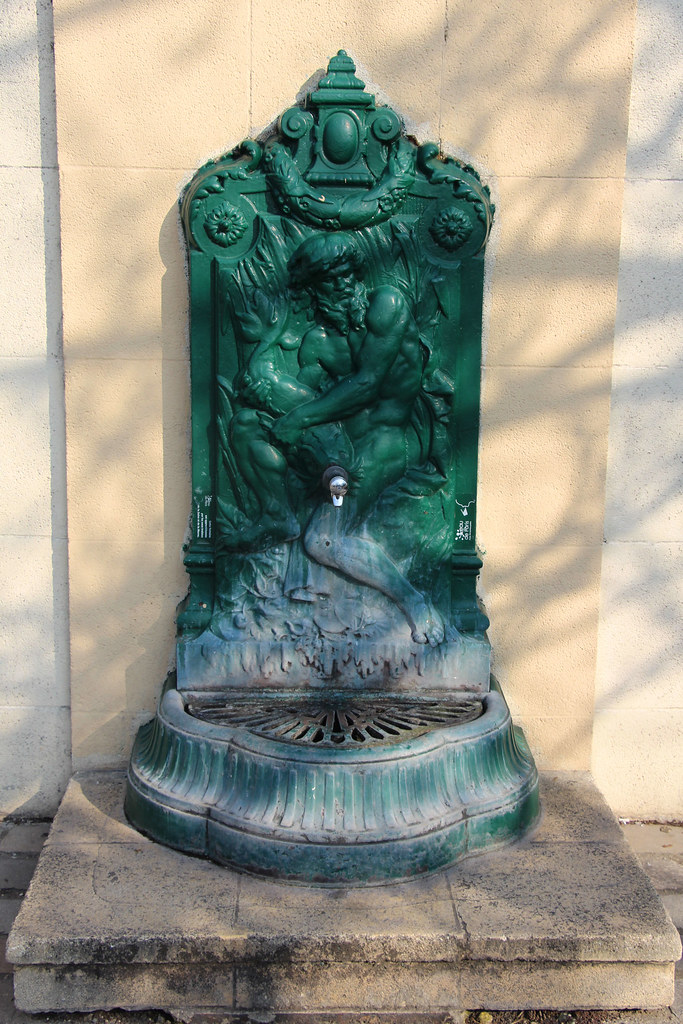 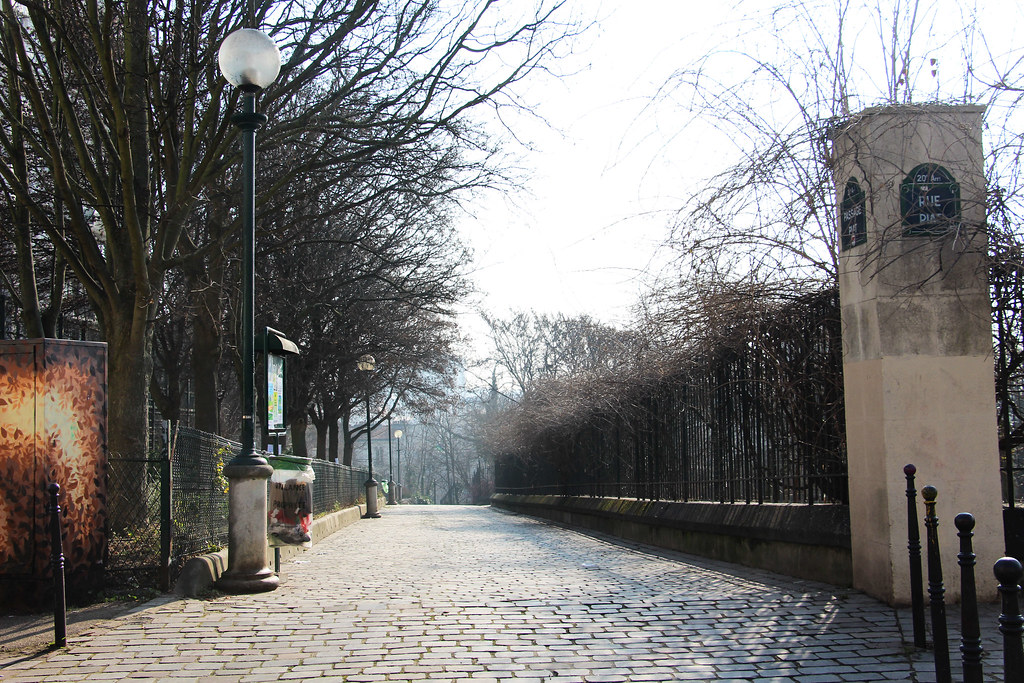 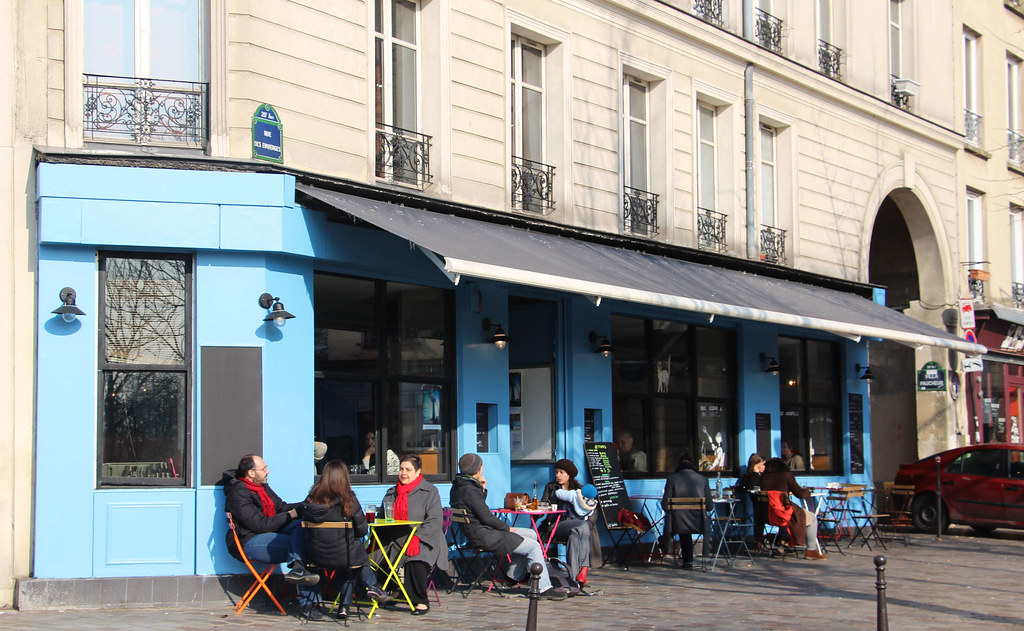 As part of my ‘do two different things’ this week, I ventured to Père Lachaise Cemetery to have a wander around. For those who have never heard of it, Père Lachaise Cemetery is the largest cemetery in Paris. However, it’s not only known for it’s vastness, but for the many burials it contains, especially of many famous people including writers, authors, composers, musicians and many more. Père Lachaise Cemetery is in the 20th arr, and there are two close metro stations near either end of the Cemetery. I decided to go here because this was something that my family and I did not have a chance to explore when we were here in Paris last year.

I was not too sure what to expect. I definitely didn’t know that it was going to be as big as it was, so if you’re going to go there, make sure you wear comfortable shoes! I also did the grave mistake (pardon the pun) of going without a map. Many people believe a map in Père Lachaise Cemetery to be a vital necessity, as it helps point you into the right direction of seeing many of the famous celebrities that are laid to rest here. However, I did not let this minor disadvantage stop me, and just wondered at my own leisure. Tuesday, when I went to Père Lachaise Cemetery, was the first day of Autumn, and you could definitely see this all around. Although a site of burial, the Cemetery looked stunning. It was tranquil, quiet and peaceful. It really is a beautiful place, even though somewhat haunting.

As I wondered the many different divisions of the cemetery, it was hard to comprehend the sheer amount of memorials and burials in the Cemetery. Each memorial was also very different to the previous. Some were mini-shrines, wherein the families of the members could enter into and pray to the souls of their deceased. One thing that I did find somewhat dispiriting was the type of tourists that too had ventured to this place. Upon stumbling on the many ‘celebrity tombs’ (even without a map of the Cemetery it is very easy to do – just follow the hoards of people crowding around in one place), there were tourists taking selfies with the different memorials etc. I almost felt as if I were in the Louvre with the Mona Lisa, people all pushing and queueing to catch a glimpse through a camera screen only to depart once the perfect selfie was captured. When I finally managed to find Jim Morrison’s grave, it was absolutely packed with people. You could barely get near to catch a glimpse of the tomb and people’s remembrances to him. It’s regrettable that this has happened, but I guess I was also taking part in the ‘tourist pilgrimages’ that flow throughout the Cemetery every year. What do the families of the unknown deceased think of those piling up over the tombs of the ‘celebrities’ that lets face it, many tourists may know little of. Maybe I’m thinking too much about it, or perhaps I’m being hypocritical.

Despite my complaints regarding the tourist etiquette, I had a wonderful time wandering and weaving through the different paths of the Cemetery. Of course, following as the sheep I am, I did also see the infamous memorials.

If you’re thinking of heading to Père Lachaise Cemetery, I would recommend entering the Gambetta entrance as this allows for a downhill walk throughout the cemetery. However, the main entrance on the other side of the Cemetery offers you the free maps, so it’s up to you whether you’re up to paying a couple of euro for a map from a near by shop or perhaps print one out before hand.