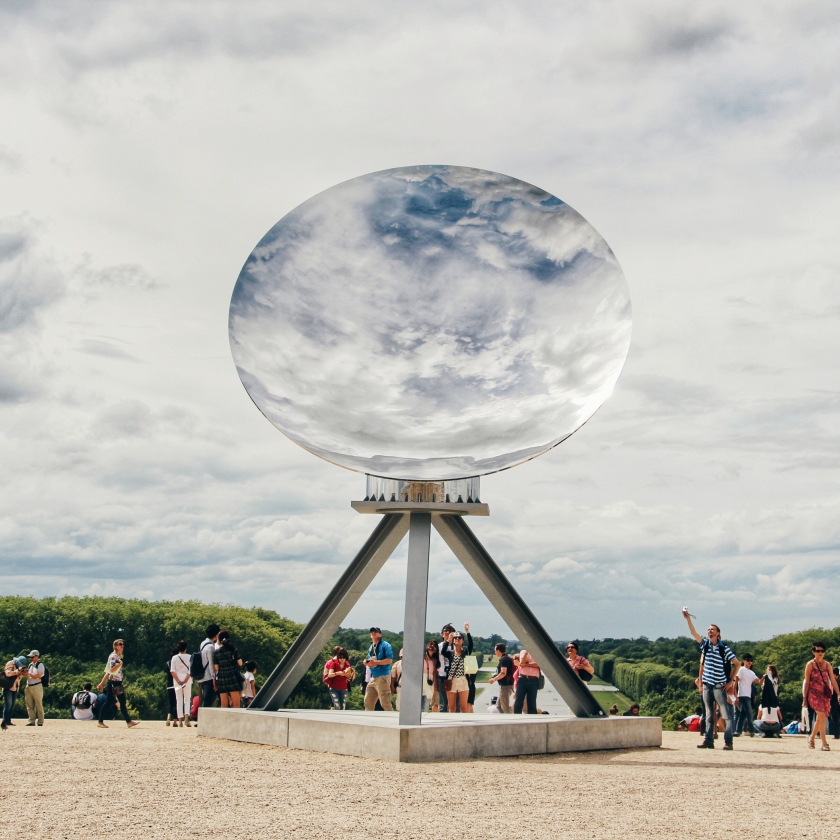 This summer, visitors to the Palace of Versailles Gardens are welcomed with a nice surprise. Located around the estate are the works of English sculptor, Anish Kapoor, which will be there until 1st November 2015.

Known for his world-famous sculptures including the Cloud Gate in Chicago’s Millennium Park (also known as ‘the Bean’) and the 2012 London Olympics observation tower, ArvelorMittal Orbit in the Olympic Park, there is something very interactive and interesting about Kapoor’s work. I, myself, have been fortunate to have seen many of his works in person prior to seeing them scattered around the royal gardens of Versailles.

Since June 9th, the Palace of Versailles has opened its grounds to some of Kapoor’s well-known works. The six sculptures on display around the estate create an interesting and complex dialogue with the pristine order of the gardens, in which Kapoor aims to “upset the balance and invite chaos in”, which I believe he has certainly achieved.

As previously mentioned, Kapoor’s works are extremely interactive, using the viewer to bring the artwork to life. The captivating sculptures on display enable viewers to explore a variety of dualities, engaging with the different boundaries of the present and past Versailles.

On first glance, Kapoor’s ultra-modern sculptures do look somewhat out of place, but on closer inspection and interaction, perhaps they work better than first anticipated within the environment of the Palace of Versailles.

Two of the most interactive sculptures on exhibit are located closest to the Chateau on the terrace. Sky Mirror (2013) immediately confronts visitors at the top of the terrace. Raised up towards the sky, the reflective surface of the sculpture invites viewers to see the landscape and Palace of Versailles from new angles. When I first saw Sky Mirror I actually thought it was a giant SKY dish!

Located adjacent and within closer proximity to the Palace is C-Curve (2007). The reflective surface of C-Curve turns the environment of Versailles on its head – literally making everything upside down. Thus forcing the viewer to redefine their place within this landscape.

One of the things that I will always think in conjunction with any visit to the Palace of Versailles is tourists – and more importantly, photos. When walking around the Palace and grounds, the amount of people (myself included of course) taking photos and rarely standing to appreciate the sights in view, are extremely high as one can imagine. Therefore, Kapoor and the curators have done something very clever with choosing these two sculptures to be placed on the terrace. The interactive and reflective nature of the sculptures not only bring into focus the surrounding environment of the Palace, but invite visitors in to explore their own relationship within these thresholds.

Another interesting work on display that has received little treatment, is a giant man-made whirlpool located adjacent to the Grand Canal. Titled as Descension (2015), this synthetic whirlpool disrupts the tranquility and composure of the gardens, enticing viewers into this mesmerizing violent vortex.

However, the main attraction of the exhibition – both in sizing and press-coverage – is the enormous Dirty Corner (2011), located between the Grand Canal and the Palace. A vast steel funnel that rises from scattered stone, as if emerging and ripping up from the ground, Dirty Corner has become one of the main focal pieces of the exhibition. According to Kapoor, Dirty Corner symbolizes ‘the vagina of the queen who is taking power’, but which Queen is that exactly? Well, that is left up for debate. Evidently this work has been placed with much thought and deliberation, facing towards the Palace wherein the massive funnel opens towards the Chateau.

Controversy concerning Dirty Corner did not stop at the various symbolic meanings behind the work. The work came under fire of vandals who attacked the sculpture with yellow spray paint. Having come under scrutiny, Dirty Corner has caused some disapproval within different political parties of France. Kapoor recently stated that political violence and artistic violence are not the same, and therefore should not be treated with the same connotations. Whereas Kapoor’s artwork “follows a long tradition of regeneration” advancing “the language of art”, the use of vandalism in the name of politics merely “seeks erasure” with the “aim of the removal of the offending idea, person, practice or thing.” With the sculpture cleaned up, the mere act of vandalism serves to show for Kapoor that “simplistic political viewers are offended by the untidiness of art.”

However, I cannot but help think that this act of vandalism brings back those notions so ardently protested back in the wake of Charlie Hebdo – surely this was an act on freedom of expression?

Dirty Corner has certainly caused a stir in the art world, and within the life of the Palace of Versailles. The debate concerning the said ‘Queen’ who Dirty Corner represents is up for discussion. What is interesting is the dialogue in which Dirty Corner creates within the Palace and the surrounding gardens.

Notwithstanding all the different messages and interpretations produced by the sculptures, I really enjoyed walking around the grounds and seeing Kapoor’s sculptures on show. The interactive nature of the works invites viewers to engage with the sculptress, and create an interesting addition to the controlled environment of the Palace of Versailles. Whether you’re coming for a picnic in the gardens or to explore the Chateau itself, I definitely recommend wandering around the gardens to see these works for yourself. Don’t forget to ask yourself whether Dirty Corner is as controversial as the press makes out – I’d like to hear your thoughts on it.

The Anish Kapoor at the Palace of Versailles exhibition closes 1st November 2015.

You can find more information about the exhibition here on the Chateau de Versailles website. 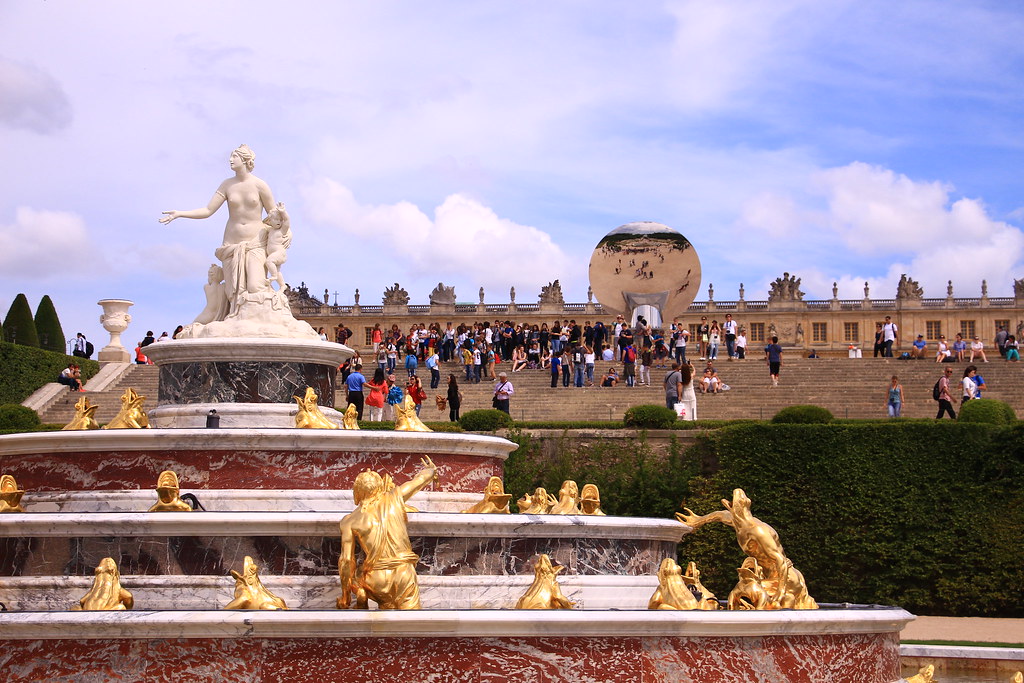 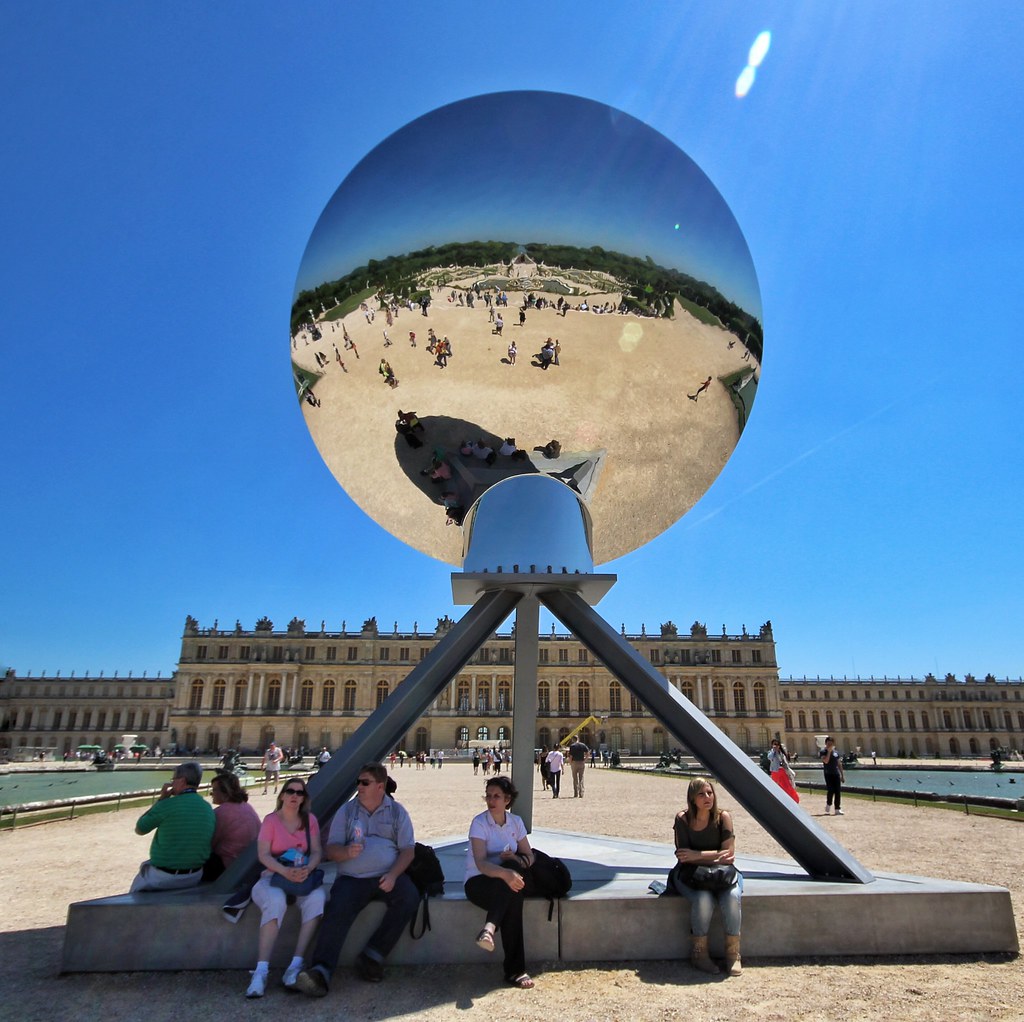 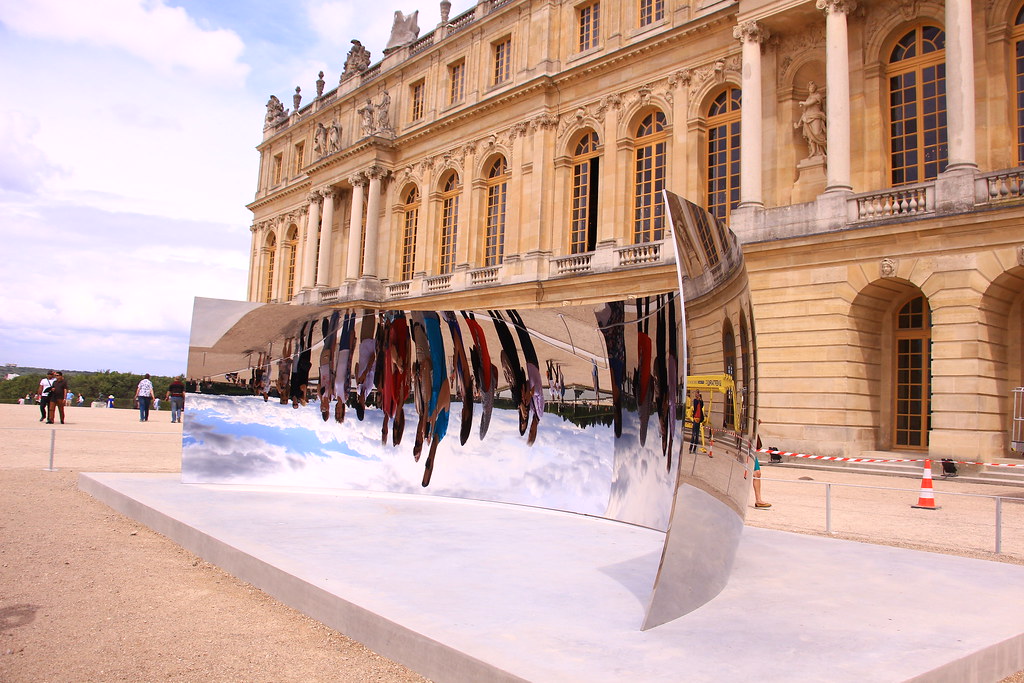 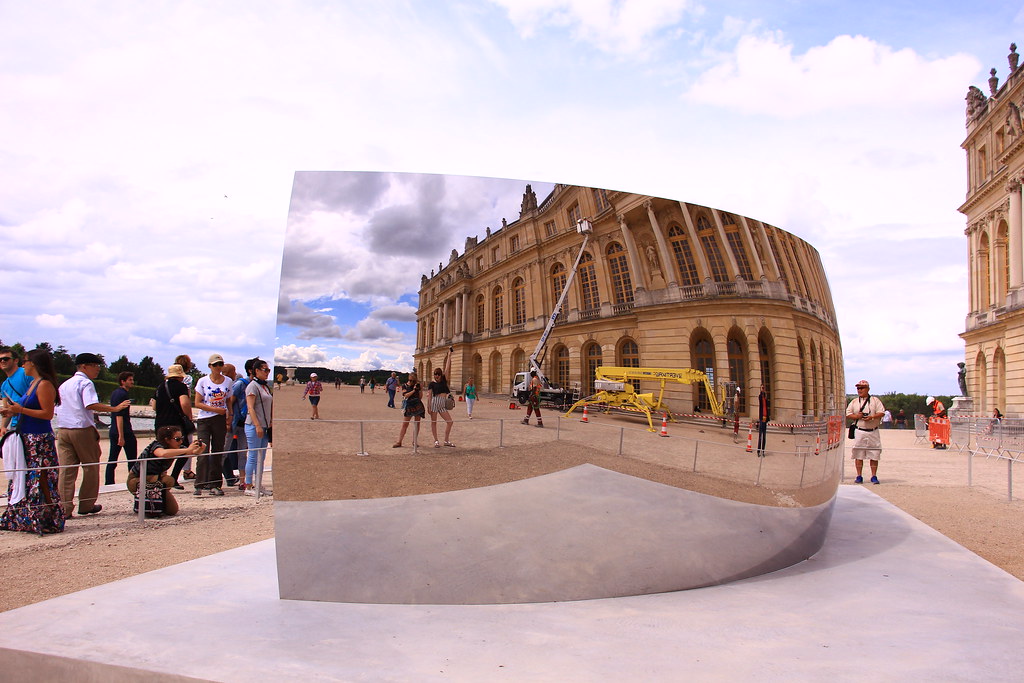 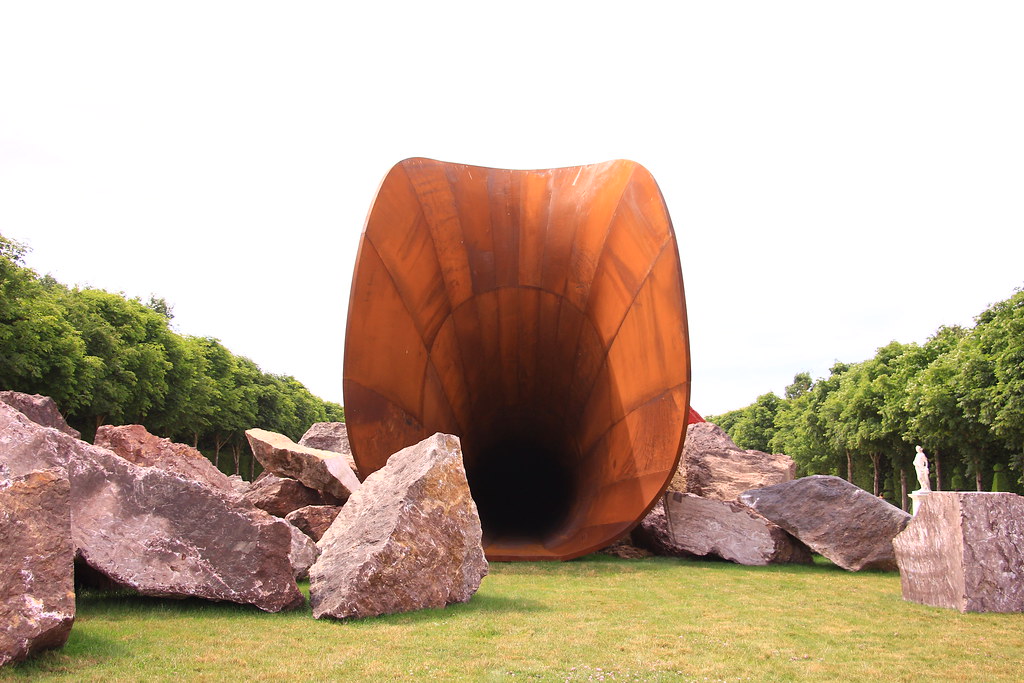 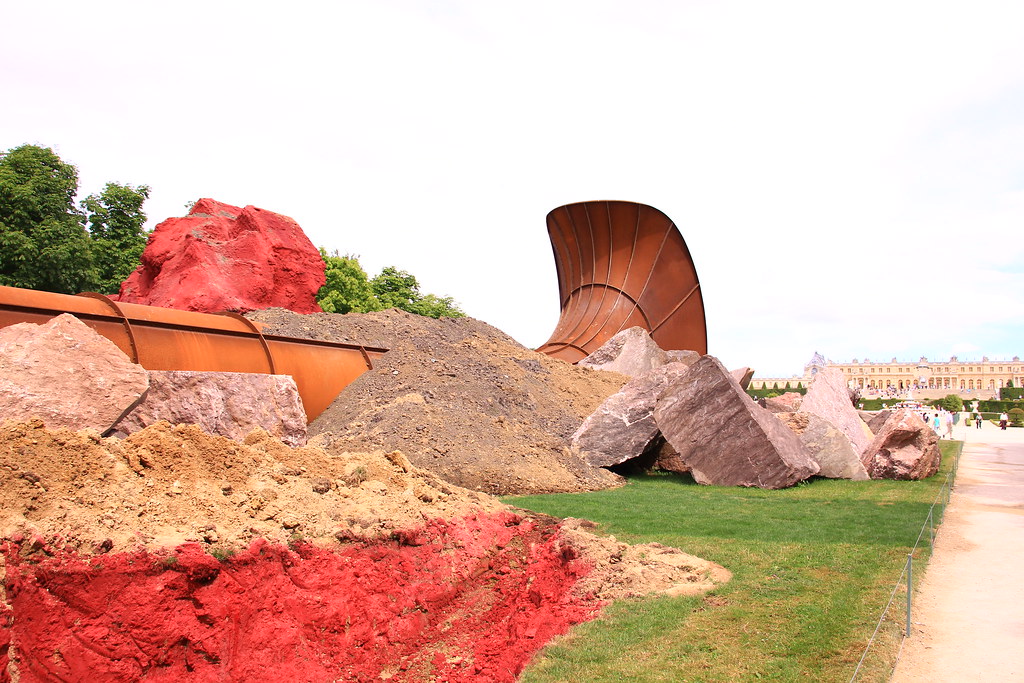 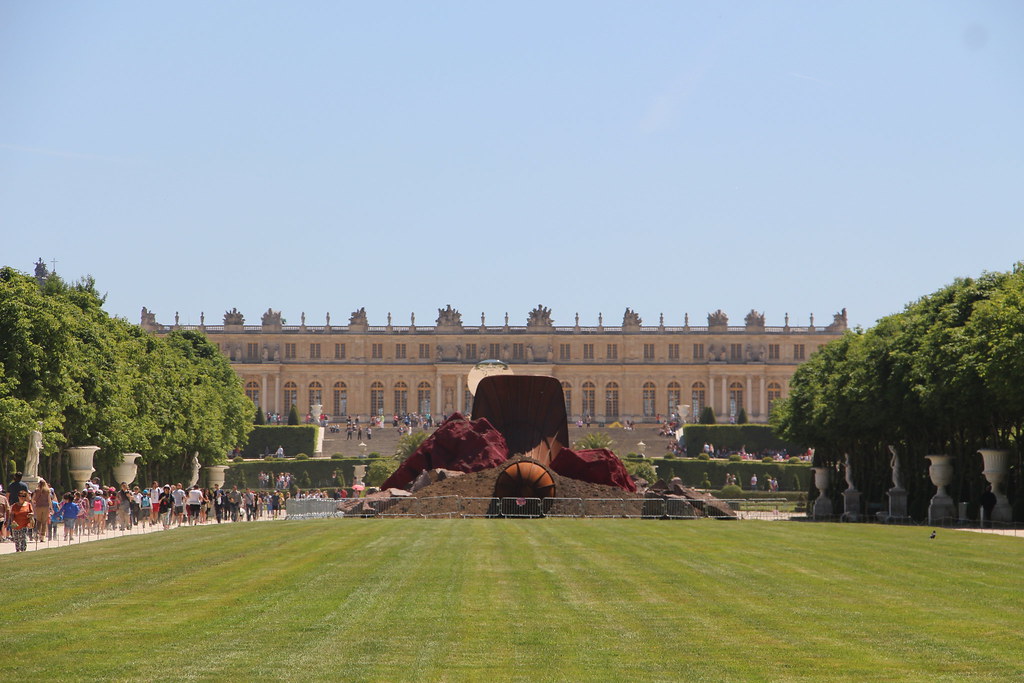 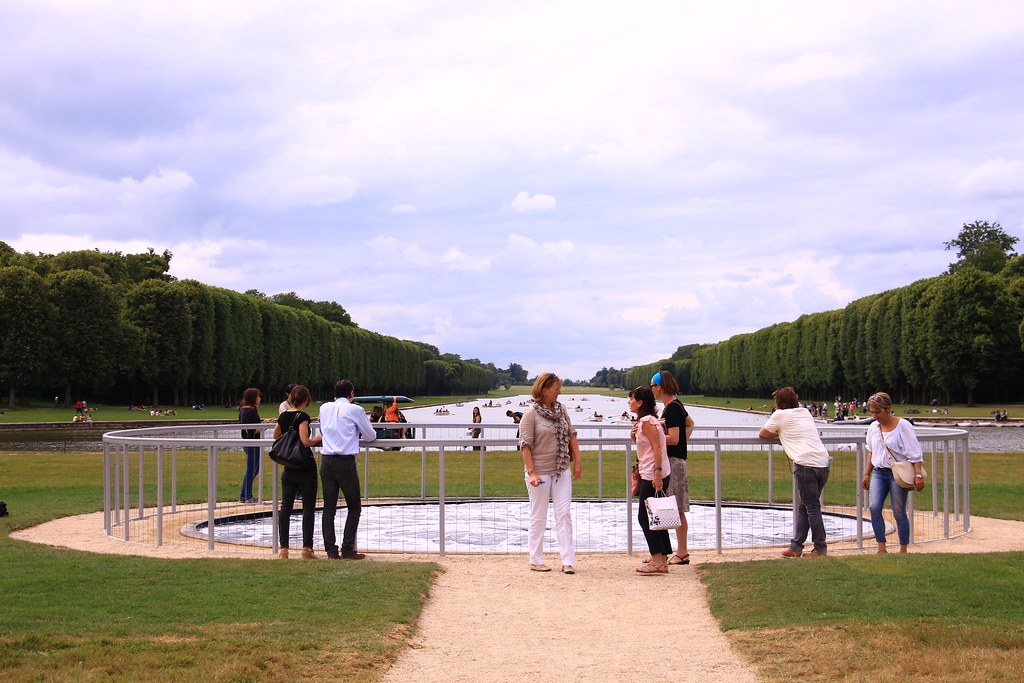 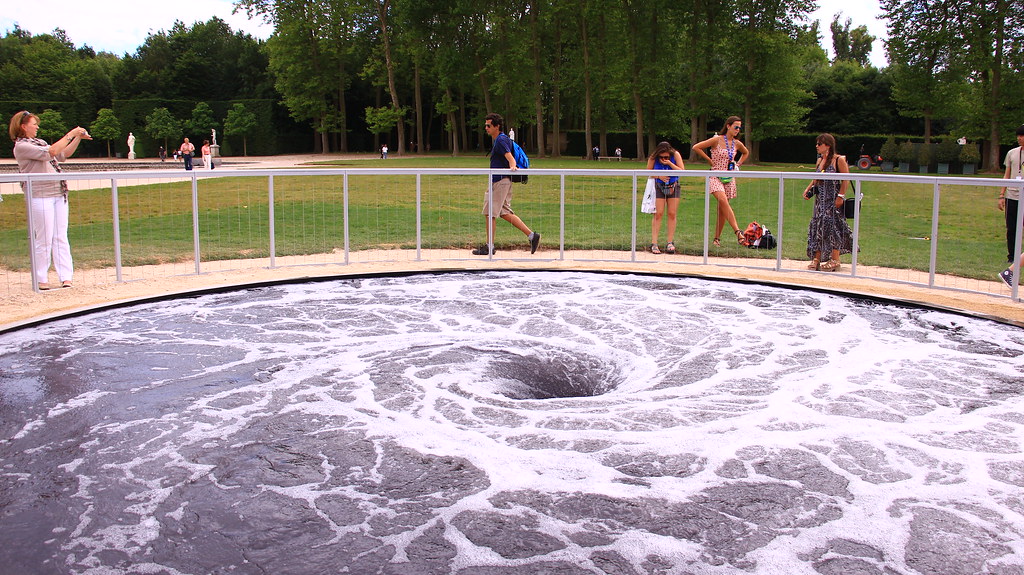