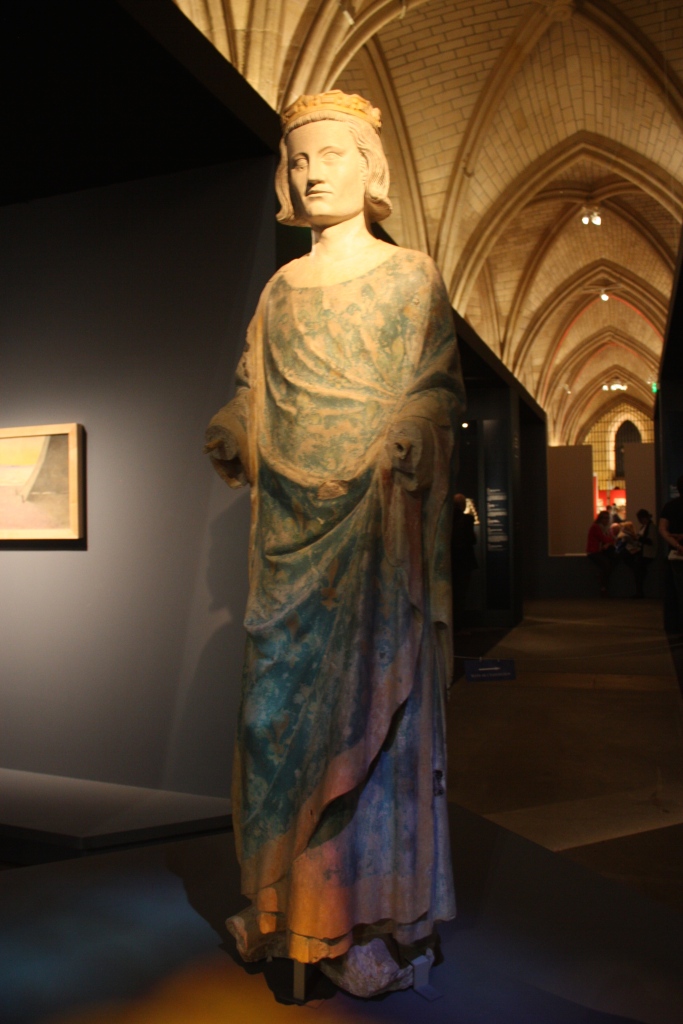 Sculpture of Saint Louis, photograph taken by myself at the Saint Louis Exhibition

In conjunction with the current exposition at the Conciergerie, on Saturday 6th December, the Louvre will present a conference pertaining the artistic patronage of Saint Louis, and his potential influence and relationships throughout Europe. Many may already be aware of the intense artistic patronage of King Louis IX during his reign, and it is often interpreted that his patronage was a means of asserting political agendas (this is part of what my BA Dissertation argued against). This one day conference is sure to be intriguing, and for those fellow Saint Louis lovers out there like myself, this is a definite conference to attend.

Having completed my BA dissertation on the decorative programme of the Sainte-Chapelle, I cannot wait to hear all about the patronage of Saint Louis. Furthermore, one paper that will be presented during this conference is by Dany Sandron (Université Paris IV-Sorbonne) titled: La Sainte-Chapelle et l’Europe : une référence polymorphe. It will be very interesting to hear the relationships between polymorphic art and architecture within the Sainte-Chapelle and contemporary European works. Straight after this, Paul Binksi (Cambridge University) will be exploring the relationship between Saint Louis and King Henry III in his paper titled: Saint Louis, Henri III et la peinture à Westminster 1260-1270. This will sure to be another fascinating talk, as additionally, last year in my ‘Death and Devotion’ module with Emily Guerry, we studied Westminster Abbey and its paintings, and the relationship between Henry III and Louis.

Co-organised by the National Institute of Art History, University of Nantes and the National Archives, this conference addresses issues relating to the representation of miniaturized architecture through new approaches and perspectives. It also aims to explore the ways in which ‘architecturation’ has been transfigured within art forms, and how such were affected by the changes within the production of artworks and the inherent reception of these. For many years, historians have long been interested in miniaturized representations of architecture in a variety of forms, and how such were created to portray particular concepts. For example, Marie-Thérèse Gousset demonstrated how the miniaturized architectural decoration of Romanesque censers referred to heavenly Jerusalem, thus bearing symbolic value and religious significance. However, many historians, such as Paul Binski, have argued against other historians definitions of microarchitecture, proposing focus to be brought towards associations with monumental architecture (whether ancient, contemporary, or imagined).

Due to the extensive range of studies and understanding of microarchitecture, this conference aims to engage with this shifting of the field, focusing on the examination of new corpuses of material and, therefore, new issues. A conference that will unquestionably bring up new questions to be answered.